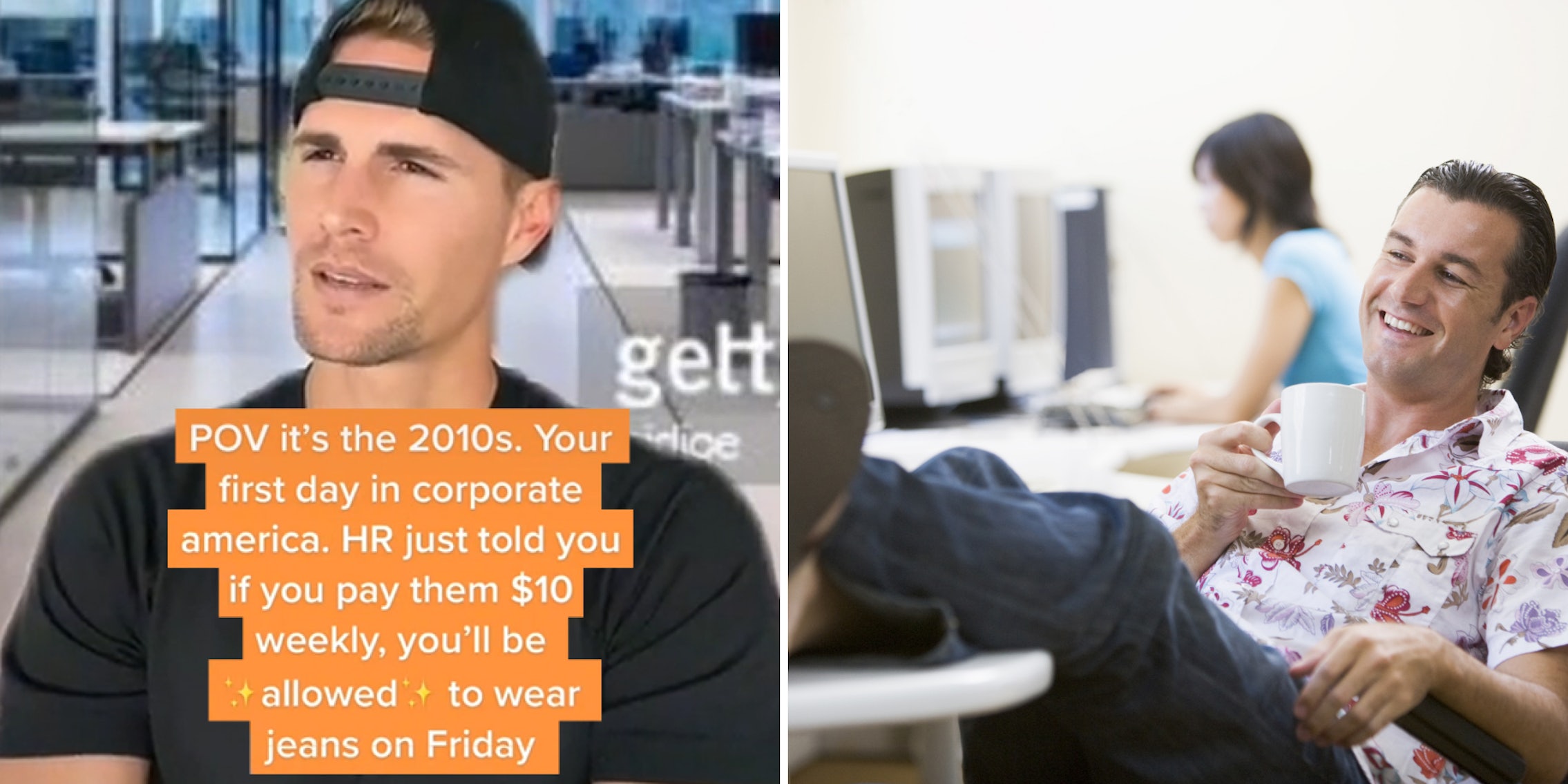 A millennial TikToker posted a video about casual-wear Fridays in corporate offices, and some are shocked that the practice used to exist.

Jodan Seals (@jordanreviewsit) posted a TikTok on May 24 about being “allowed to wear jeans on Friday” if he paid his boss $10 a week when working in an office in the 2010s.

“Pre-pandemmy office culture was wild,” Seals wrote in the video’s caption. On Thursday, his video had over 152,000 views.

Some commenters were surprised that Seals’ story even happened.

Others shared their experiences with casual Fridays. The practice has decreased significantly as 39% of remote-capable employees work completely from home, and 42% work on a hybrid schedule, according to March 2022 statistics from Gallup. One commenter called casual Fridays “a relic from the past.”

“You would buy a pass for a month that went over your badge” to wear jeans on Fridays, user @heatherfeather456 commented. They also commented that any money they contributed for casual Friday’s at their job went to charity.

“Anyone in HR will tell you they kept that cash,” @pennwhy commented.

Some commenters shared that their offices still collect money for participation in casual Fridays.

In an email to the Daily Dot, Seals said he first started working in an office in the early 2010s and that having to pay to wear jeans “rubbed [him] the wrong way.”

“It felt like an outdated concept at the time,” Seals told the Daily Dot. He said he wasn’t surprised that some commenters weren’t familiar with it, but he thinks it’s ridiculous that some offices still ask employees to pay for casual Friday.

“I’m glad that most of the jean pass donations go to charity,” Seals said.