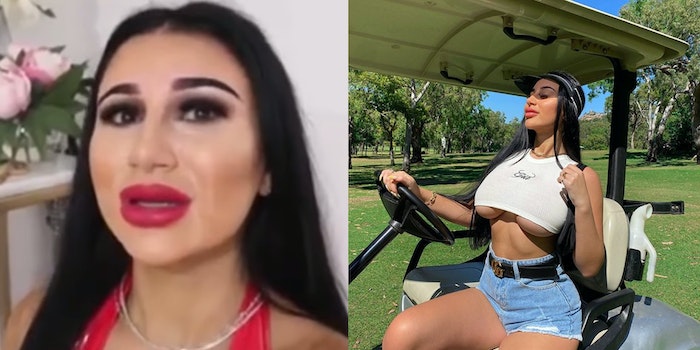 She says she did not break the rules.

Influencer Mikaela Testa, who you may recognize from an unfortunate viral moment last year, was hit with a temporary TikTok ban this week over her racy photos.