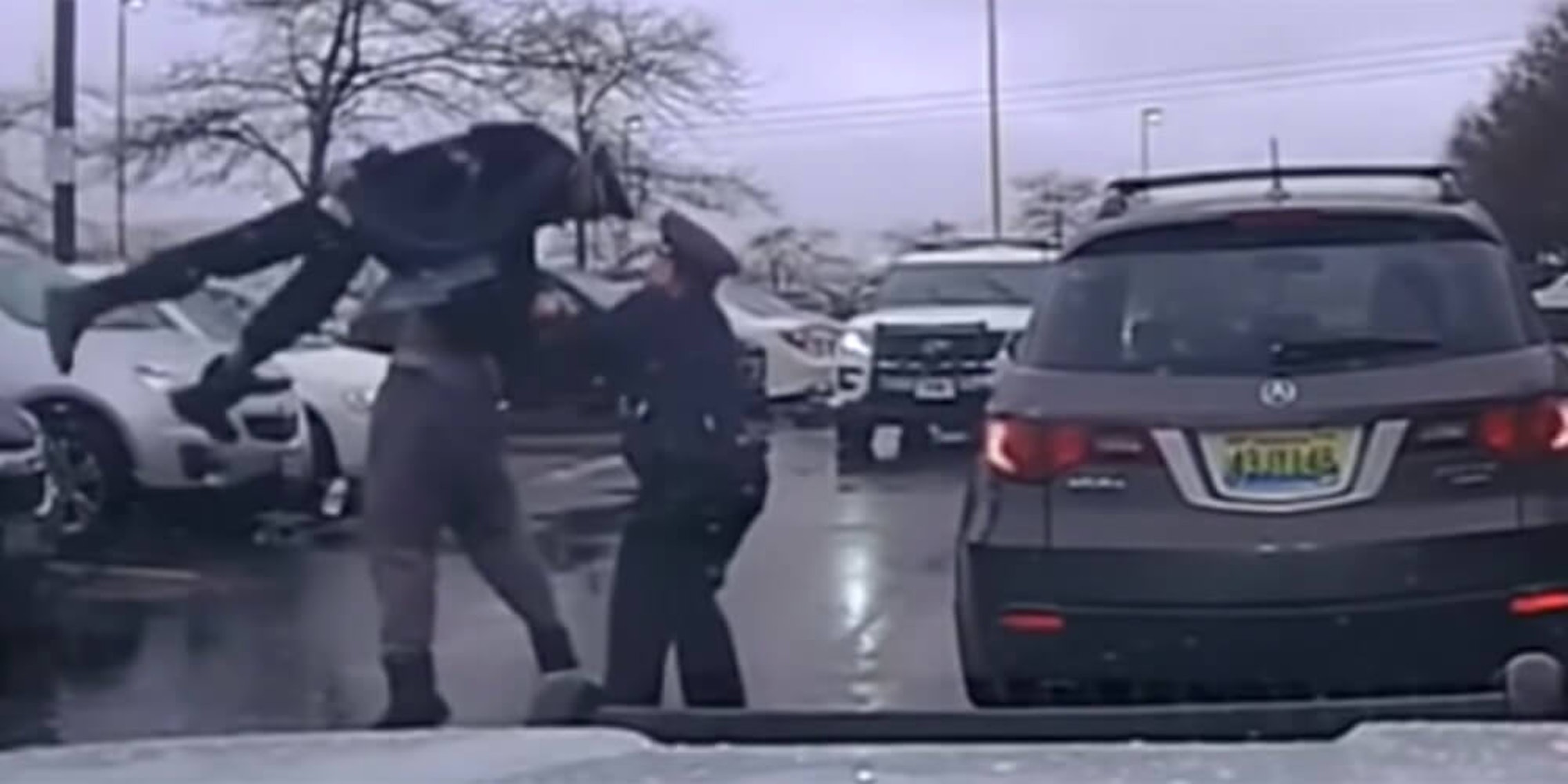 He faces a felony assault charge.

A football player for Eastern Kentucky University was arrested on Monday after he lifted a Grove City, Ohio, police officer over his head and pushed him to the ground.

According to TMZ, a woman at a local business called police because the linebacker, Michael Harris, was acting “aggressive” and “did not seem to be ‘all there.'”

Dashcam footage of the incident shows a male and female police officer searching Harris. He then resists and appears to try to duck into a parked car before a male officer slams him against the vehicle and hits him on the back of the head.

It’s at this point that Harris lifts the officer into the air and throws him to the ground.

Harris was taken to a local hospital and then Franklin County Jail.

The Washington Post reports that he “is facing a felony assault charge, per reports, as well as misdemeanor charges of resisting arrest, obstructing official business and disorderly conduct.”

“He has been suspended from all team and football-related activities at this time,” the statement said, per ESPN. “Understanding that details of the incident are still under investigation, and, abiding by the FERPA laws and regulations, we must respect the privacy of our students.”

The university said when the investigation is complete, Eastern Kentucky University Athletics will decide the next steps.

ESPN reports that Lt. Eric Scott with Grove City Police Department said “nobody was hurt” and that one of the officers who was there said, “I cannot believe the strength this man had.”

The Grove City Police Department has not issued a statement on the arrest and declined the Daily Dot’s request for comment.

Eastern Kentucky University Athletics did not immediately respond to the Daily Dot’s request for comment.