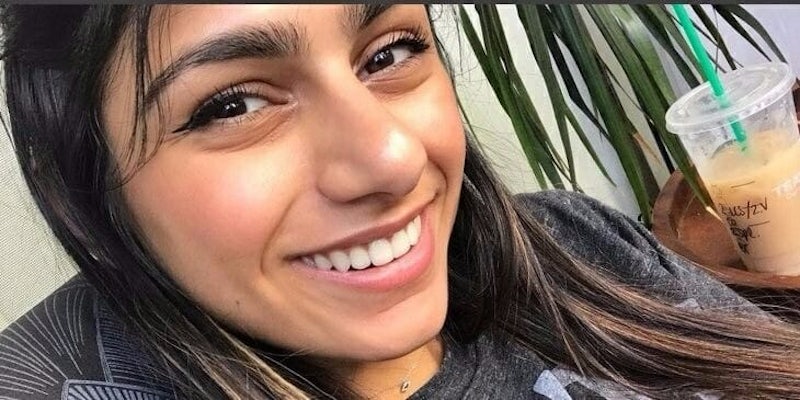 But apparently Khalifa was recently mistaken for Malala Yousafzai, who won a Nobel Prize as a 17-year-old in 2014 for her advocacy of education for young girls and who just started college. It was the same viral photo that showed Malala walking in skinny jeans. Some thought it might be Khalifa instead.

Now, Khalifa is taking criticism for another photo she shared on Twitter, after she superimposed her face on the Virgin Mary.

When a news outlet mistakes Malala for Mia Khalifa pic.twitter.com/TLNVpQTOU7

Some of her followers didn’t appreciate the comparison.

The controversy doesn’t seem to have affected Khalifa, though. Since posting the Virgin Mary picture on Friday, she’s tweeted about the NBA, the NHL, Major League Baseball, and her beloved Florida State Seminoles. But perhaps the strangest comment came here when this person toasted Khalifa while denigrating Malala.

Cheers for Mia!!! Respecting the fact that you worked hard to be where you are today instead of Malala who has done nothing…