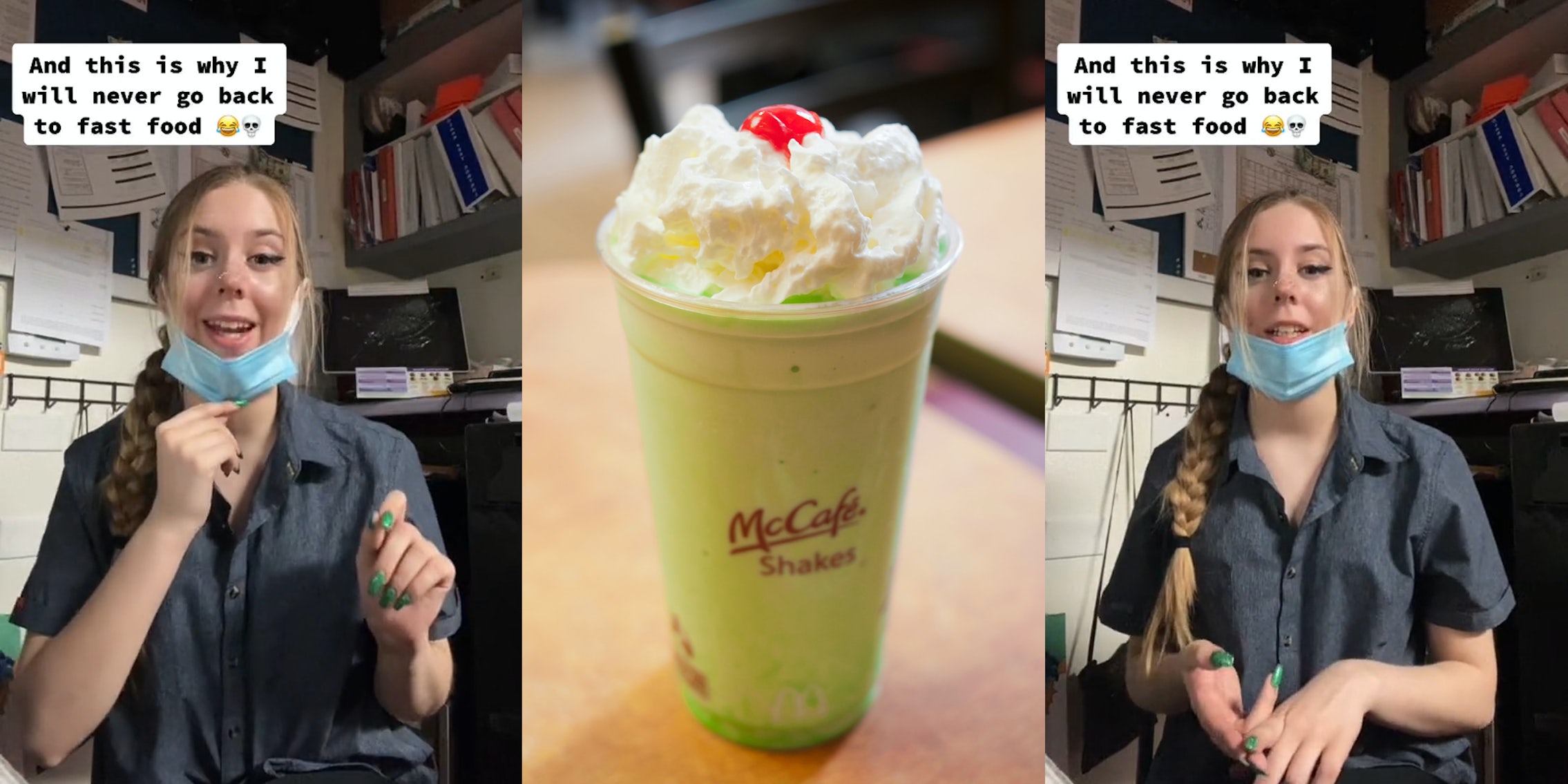 ‘This is why I will never go back to fast food’: Former McDonald’s employee says customer ordered 350 Shamrock Shakes at 6am

'I don't miss McDonald's in the slightest.'

A former McDonald’s employee went viral on TikTok after claiming that a customer ordered 350 Shamrock Shakes at 6am.

The video was uploaded by user Ashley (@ashley.aesthetic03), who shared a clip from her time working at the popular fast food chain.

She added in the text overlay, “And this is why I will never go back to fast food.”

I don’t miss McDonald’s in the slightest 😂💀

McDonald’s only offers the Shamrock Shake in late February and March each year, so Ashley recorded the video at least several months back. “I don’t miss McDonald’s in the slightest,” she wrote in the caption.

Her video has received over 10,000 views and left many viewers shocked.

“How are they even gonna transfer them,” one user asked.

“whaaaa how does that even happen and who’s drinkin all those LOO,” a second questioned.

“Wanna bet the ice cream maker is gonna break down in the middle of it,” a third joked.

The Daily Dot reached out to Ashley via TikTok comment.