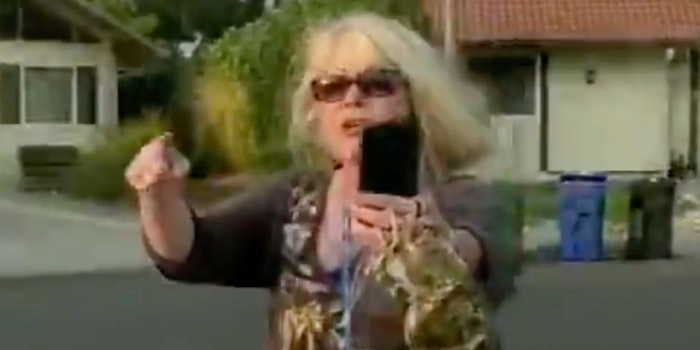 Racist ‘Karen’ tells Asian woman to ‘go back to China.’ She’s not Chinese

The 'Karen' also interrogated the woman about her home.

In a now-viral video, a racist and unmasked woman dubbed a “Karen” yells at an Asian family and tells them to “go back to China.”