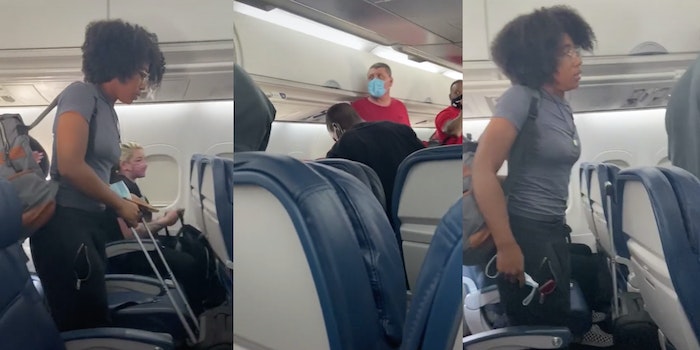 Karen refuses to wear mask on flight, nearly forcing everyone to de-plane

She has a mask in her hand the whole time.

A woman’s refusal to wear a mask on a flight resulted in the entire plane nearly being forced to de-board.