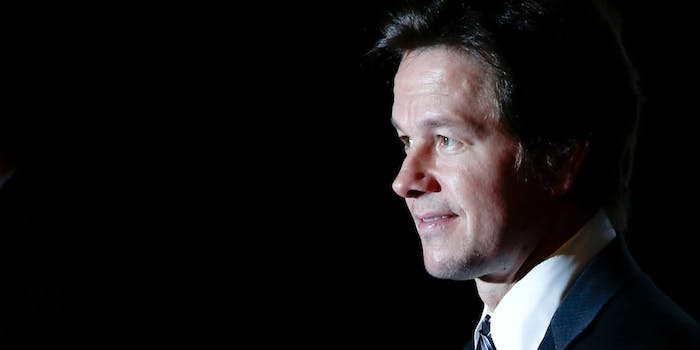 The section has since been changed to 'controversy.'

In the weeks following the police killing of George Floyd, many celebrities have rushed to social media calling for swift justice. But that’s not shielding them from pushback about their own problematic pasts.

“The murder of George Floyd is heartbreaking. We must all work together to fix this problem. I’m praying for all of us. God bless,” he tweeted. “#blacklivesmatter.”

Several linked back to Wahlberg’s own Wikipedia page—which has an entire section devoted to “hate crimes”—and details his own entangles with police. The Daily Dot can confirm the section was changed Sunday from “hate crimes” to “controversy,” and it’s unclear what the original title of the Wikipedia section was.

“Mark wahlberg deserves to burn what the fuck how does he have a section in his wiki page for hate crimes and no one mentions it,” a user wrote.

In 1986, Wahlberg and three friends harassed three young Black students. First, he and his cohort were spotted throwing stones at them, and, upon seeing the kids the next day with their teacher, they again tossed rocks at them—which prompted enough injuries to warrant an ambulance—and called them racial slurs. The resulting civil rights suit was settled with no admission of guilt.

Then, in 1988, Wahlberg assaulted a Vietnamese-American man with a stick, leaving him unconscious. When police captured Wahlberg, he, again, spewed a series of racial slurs.

“Only in America can a man commit multiple hate crimes, serve only 45 days, and then go on to play an American ‘patriot’ in various films,” tweeted user, @wobbyroo.

Several other users were also quick to point out the disparity in Wahlberg’s tweet and his past racism.

“Mark wahlberg literally has a ‘hate crimes’ section on his Wikipedia page and remains one of the highest paid actors in the world… do you see the problem,” another wrote.

This is certainly not the first time the actor has paid the price for racist or insensitive comments. In 2012, he apologized after saying the events of 9/11 may have ended differently if he had been on one of the planes that ultimately crashed.

“To speculate about such a situation is ridiculous to begin with, and to suggest I would have done anything differently than the passengers on that plane was irresponsible,” Wahlberg said in a statement at the time.

He has not responded to the current backlash regarding his post about Floyd.