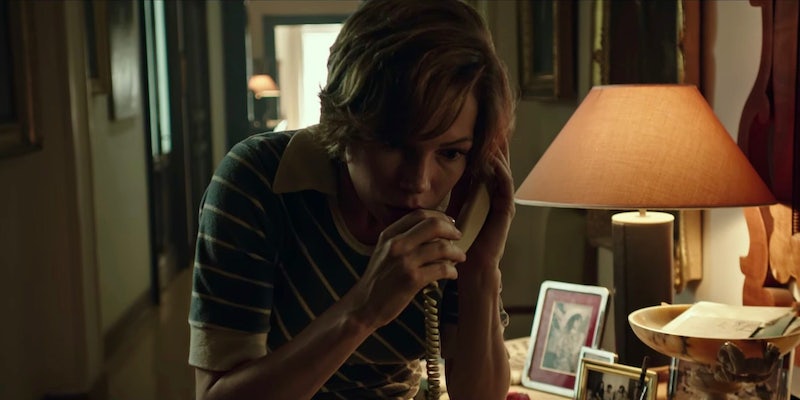 They're represented by the same agency.

Actors at the Golden Globes showed their support for Time’s Up, a movement aiming to fight against sexual harassment and the gender pay gap. Now the major pay disparity between All the Money in the World stars Michelle Williams and Mark Wahlberg shows that fight is just getting started.

USA Today reported on Wednesday that Wahlberg made $1.5 million during reshoots of All the Money in the World while Williams received an $80 per diem, totaling under $1,000. The reshoots were done after Christopher Plummer famously replaced Kevin Spacey, who was dropped from the film following multiple allegations of sexual misconduct. With those totals, Williams received less than 1 percent of what Wahlberg was paid.

The film’s stars originally waived the pay they would have received in order to reshoot all of the scenes Spacey appeared in. Director Ridley Scott confirmed last month that while Plummer and the crew were paid for their work, he, Williams, and Wahlberg returned for free.

But unbeknownst to Williams, Wahlberg was paid $1.5 million for the reshoots, a fee negotiated by his agents; coincidentally, Williams and Wahlberg are represented by the same agency, William Morris Endeavor.

Williams also supported Scott and the idea of doing the reshoots for free and even gave up her holiday for the reshoots.

Williams is credited as a lead actress for All the Money in the World and received a Golden Globes nomination for the role. The report led to fellow creators and actors in Hollywood to stand up for Williams and call Wahlberg out.

If he isn't told to donate $1.5m to RAINN or Planned Parenthood or some other non-profit in the next 48 hours, he should fire his publicist.

Michelle Williams was paid 1% of what her male co-star made on her latest film. This is totally unacceptable. https://t.co/xE5ZNqjcrA

Please go see Michelle's performance in All The Money in The World. She's a brilliant Oscar nominated Golden Globe winning actress. She has been in the industry for 20 yrs. She deserves more than 1% of her male costar' s salary. https://t.co/HIniew6lf7

This is so messed up that it is almost hard to believe. Almost. This is how this business works. I wonder if the studio or Wahlberg will do something to make the situation less insane. https://t.co/RsunBlOeCk

I started this last night and now it has been confirmed by others. Michelle Williams paid under 1,000 and Mark Wahlberg paid 1.5m. Williams was told they were all donating their time for the reshoots. THIS IS AN EGREGIOUS GENDER PAY GAP. #paymichelle https://t.co/edORyoNkgf https://t.co/red4f2LQF4