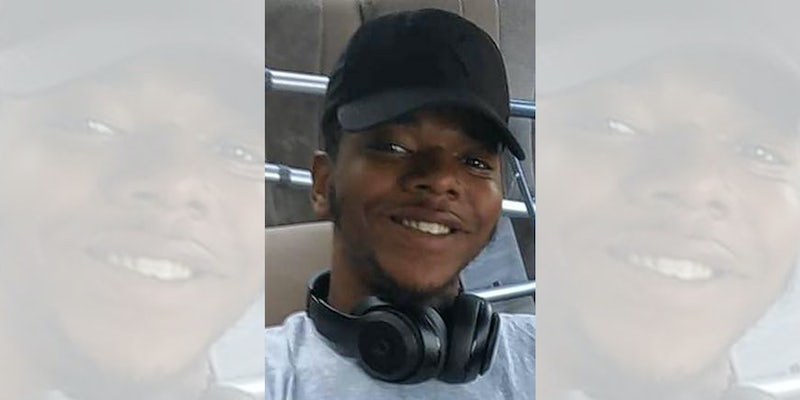 Police in Waukegan, Illinois, shot and killed an unarmed teenage Black man and critically injured his girlfriend on the night of Oct. 20, ABC 7 reports.

Williams’ family alleged that police shot her in the stomach and hand, for which she remains hospitalized.

Police said the incident began when they received a report of a suspicious vehicle just before midnight on Tuesday, but the families of both victims said they were just sitting in their car outside Williams’ mother’s home. The cops said when an officer approached the car to investigate, Stinnette and Williams fled the scene.

Another officer reportedly spotted the car nearby moments later, and when he approached the couple on foot, the car reversed. The officer fired his pistol “in fear for his safety,” according to a statement given to the Daily Dot by Waukegan Police Department Commander Edgar Navarro.

“The police officer got out of the car. When he told them to stop, he told her to stop, she was scared,” Mosier told ABC 7. “She put up hands, she started yelling, ‘Why you got a gun?’ She started screaming. He just started shooting.”

Police said they found no weapons in the couple’s car.

Stinnette and Williams’ families are demanding more answers and have planned a protest for Thursday. They will begin at the location of the fatal shooting and march to the Waukegan police station.

The shooting has prompted a small online furor thus far, with people expressing outrage over the killing of yet another unarmed Black man and calling to defund the police.

“Marcellis Stinnette should be alive. Beat cops shouldn’t have guns,” @QEDadam wrote in a quote tweet of BLMChicago. “They should release the footage but w/ a system that regularly kills Black people for being Black actions against the killers won’t prevent this tragedy from happening over and over again. Defund the damn police.”