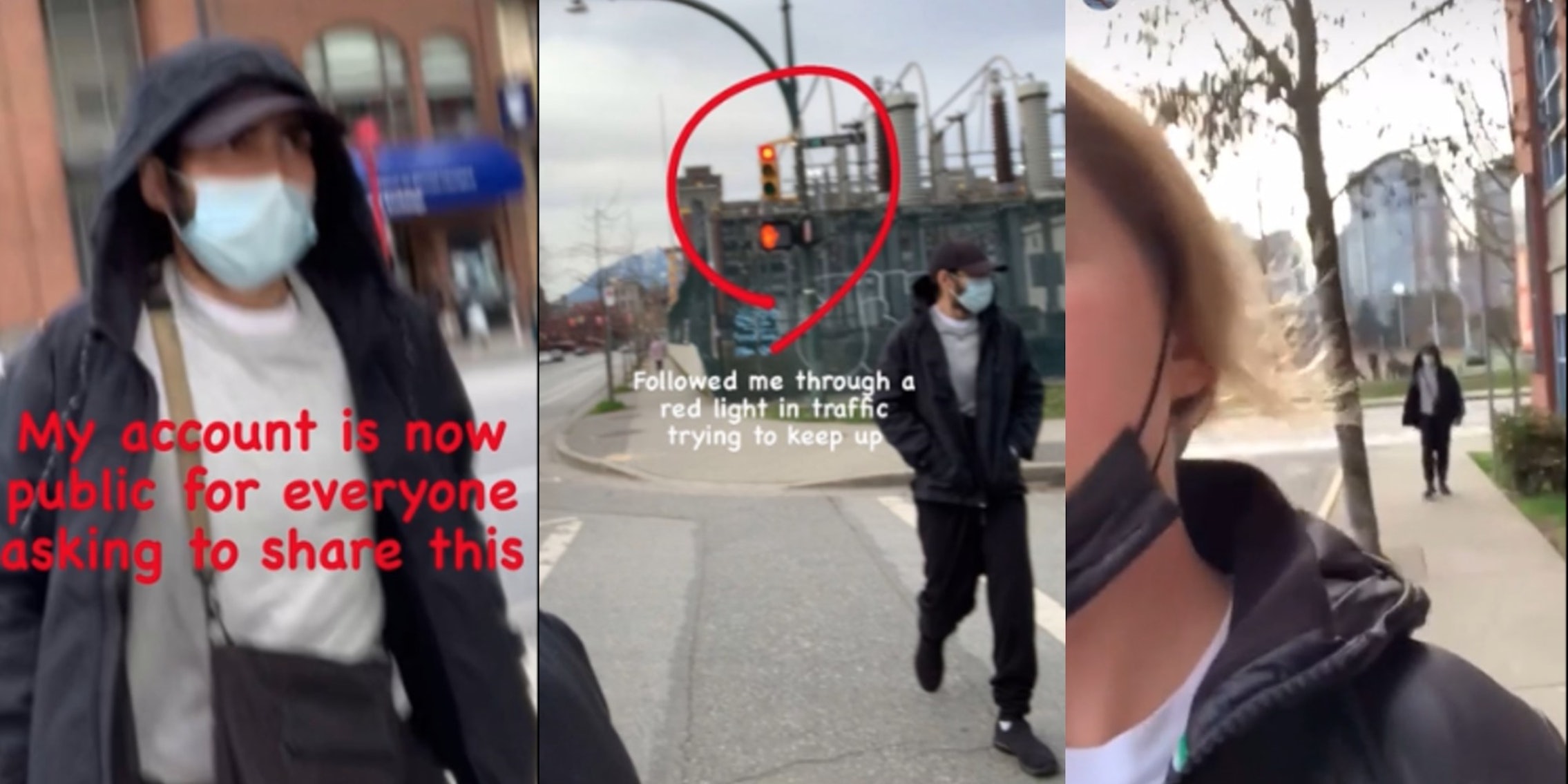 ‘Do you mind if I sit with you guys?’ Woman seeks help from skaters at park after man follows her for 40 minutes

Multiple women have since come forward to say they were followed by the same man as well.

A shocking video out of Canada shows a woman seeking refuge at a skatepark after allegedly being stalked by an unknown man.

The woman, Jamie Coutts, says the terrifying incident began on Wednesday after she left the store and attempted to walk back to her home in Vancouver.

Coutts pulled out her phone after she says she sensed someone behind her. The man, who is wearing a black hooded sweatshirt and face mask, can be seen just feet away.

At one point Coutts says she stepped off the sidewalk in an attempt to get the man to pass her. But instead of walking past, the man just stopped and stared.

Coutts says she also told the man that he was following too closely. The man “said nothing” in response and continued walking behind her.

Coutts eventually comes across a skatepark, allowing her to take refuge among a group of skateboarders.

“Do you mind if I sit with you guys?” Coutts asks the group. “This guy’s literally been following me in circles for like 40 minutes, and I’m recording it.”

The man finally decides to leave the skatepark moments later. Even more disturbing, after uploading the video to Instagram, Coutts says she was contacted by multiple women who claim to have been followed by the exact same man.

Coutts is said to have filed a police report later that evening. Vancouver Police Sergeant Steve Addison has since confirmed an ongoing investigation into the matter.

“This is very concerning,” said Addison.

The frightening footage has since gone viral across social media, stirring conversation about the dangers women can face in public.