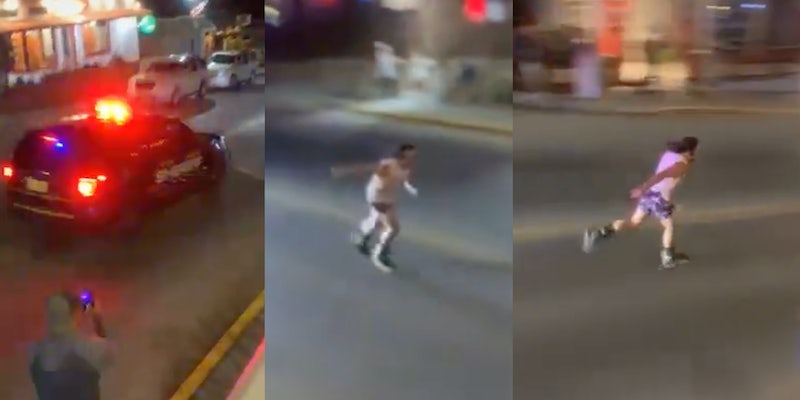 TikTokers are cheering on a Wisconsin man who was caught in a video fleeing from the police on his roller skates.

TikToker Breyley Stephenson uploaded the video on Tuesday, and it has since garnered more than 7.2 million views and 1 million likes.

“They breed different in door county,” read the caption.

The video, less than 10 seconds long, shows the man flying on his skates across a main street. He is followed by a police SUV just seconds later. The clip is set to the song “Ride the Lightning” by Warren Zeiders. “Mama always said i was born on the wild side,” the lyrics go.

Many admired the man’s pace and movements. “He moving like FROZONE,” wrote one person.

It’s unclear exactly why the police were trying to stop the man. However, according to the TikToker’s caption, the incident occurred in Wisconsin, where it is prohibited to skate on city roadways.

The Daily Dot has reached out to Stephenson and the Door County Sheriff’s Office.