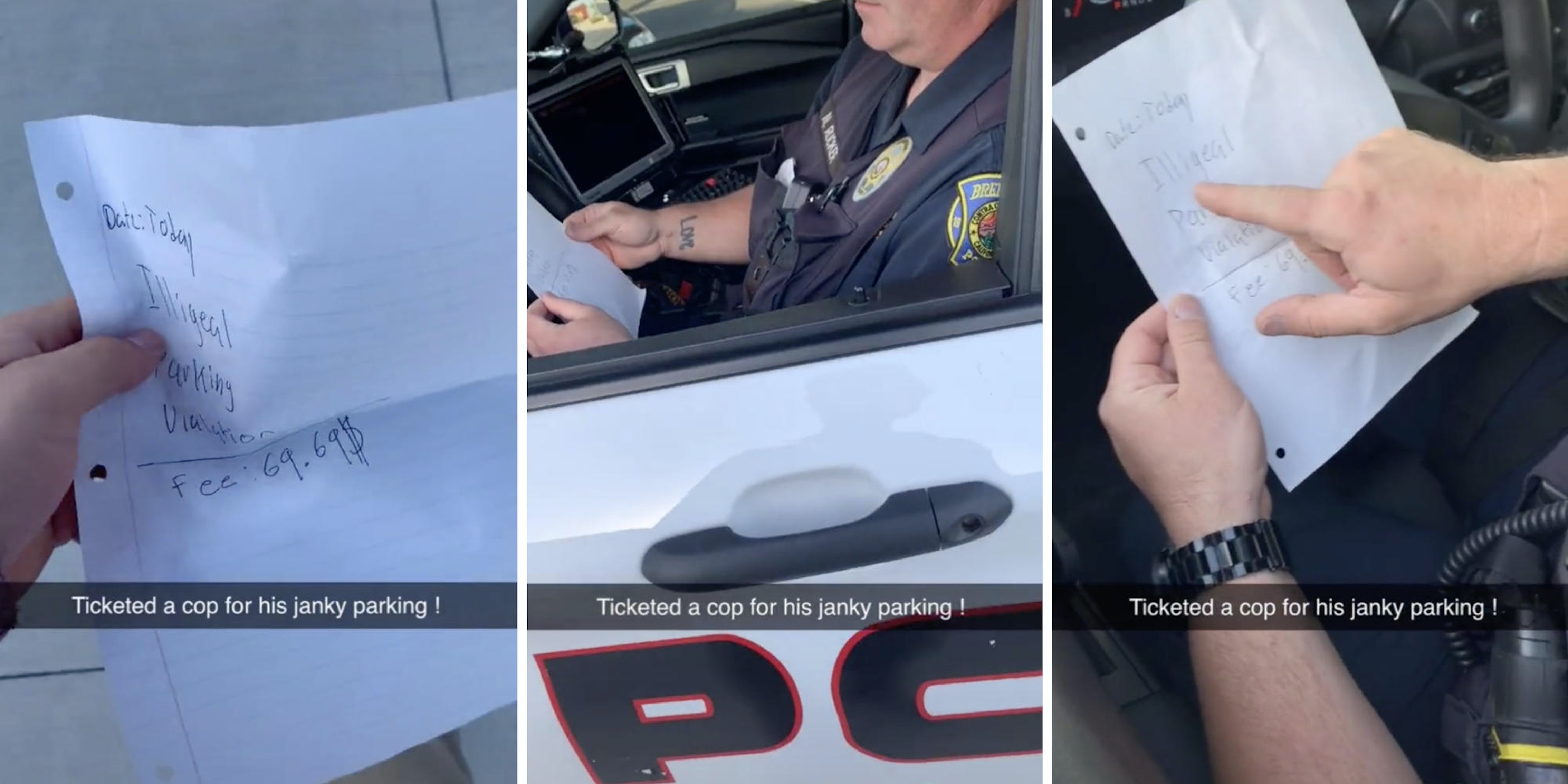 ‘Do you know why I stopped you today?’: Man tries to ‘ticket’ cop for his ‘janky parking’

'Oh, how the turn tables have turned.'

A now-viral video shows a TikToker issuing a hand-written “parking ticket” to a police officer who is parked on the sidewalk.

The text overlay of the video, posted on Friday by TikToker Devon (@devonwilldoit), reads: “Ticketed a cop for his janky parking.”

The ticket in question is a handwritten note on a sheet of paper. It outlines a $69.69 fine for an “illegal parking violation.” The date line reads “Today.”

Devon approaches the police car and knocks on the driver’s side window, asking the police officer, “Do you know why I stopped you today?”

He then hands the ticket to the police officer saying, “illegal parking, citizen’s arrest.”

“Oh, how the turn tables have turned,” Devon says.

In response, the police officer points out the spelling errors on the note and asks Devon who his English teacher is.

“I got dyslexia,” Devon says.

The clip has over 1.5 million views and 357,000 likes, with users commenting on how positive the interaction went. Many said they recognized the exchange took place on a high school campus in Brentwood, Calif.

“Definitely a school resource officer and they’re cool with him,” one commenter wrote.

“Love how the cop played along,” another said.

“I like how he wasn’t an asshole about it,” a third said.

However, others pointed out that the interaction could have soured if the officer didn’t take the ticket as a practical joke.

“It’s funny until he pulls the Uno reverse card and tickets you for impersonating a cop,” one user said.

The Daily Dot reached out to Devon via TikTok comment.