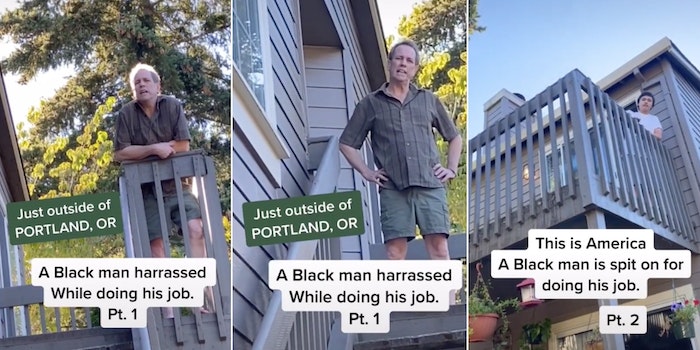 'You're wearing a black f***ing mask. You look like antifa, motherf***er.'

A video shows a white man near Portland, Oregon, spitting on a Black census worker and accusing him of being a member of antifa. He and his son have been dubbed “Male Karens” after the clip went viral overnight.