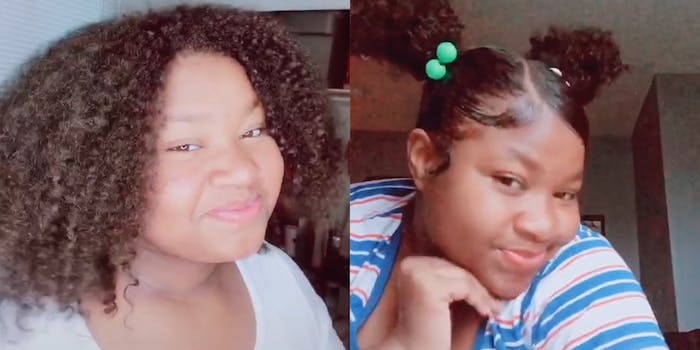 ‘She was trying to protect herself’: Ma’Khia Bryant’s alleged sister speaks out in Facebook video

'What the f*ck did y'all protect?'

After police shot and killed 16-year-old Ma’Khia Bryant, an individual who identified herself as Bryant’s sister spoke out in a Facebook Live Wednesday and said that Bryant had a knife because was “trying to protect herself.”

Police body camera footage of the fatal shooting shows Bryant lunging at an individual with something in her hand, CBS News reports. An officer, later identified as Nicholas Reardon, fired his gun several times while Bryant and the other individual were involved in an altercation, per CBS News. When Bryant was shot and fell to the ground, a knife was next to her body.

The Facebook Live, which was initially posted by Bryant’s alleged sister, includes testimony about Bryant’s attempt to “protect herself.” The video includes 2 minutes of audio but no people are visible.

Cedes Mercedes, who shared the recorded live stream on Facebook, wrote that “you can hear the pain in her voice on LIVE as she’s explaining what got us all here.” Mercedes called out the Columbus Division of Police and said that officers “FAILED that little girl.”

In a Facebook message to the Daily Dot, Mercedes said the voice in the video belongs to Shanice Marie, who did not immediately respond to the Daily Dot’s request for comment. In the video, Bryant’s alleged sister says, “I just lost my mother fucking sister and y’all are on this bitch playing around.”

“She had a knife,” she says. “Because she was trying to protect herself … from a grown ass mother fucking woman.”

The individual says that Bryant’s foster parent was “starting shit with” Bryant and her sisters, and her youngest sister called the police, asking the police to come because the girls were “trying to fight” them.

She says that her youngest sister called the police to avoid having her father come, but “nobody never comes … so they call my dad.” She said that the people Bryant lived with called Bryant and her sister “all types of names.”

Columbus news station WBNS reported last week that multiple 911 calls had been made from Bryant’s foster home since November. In one call, Bryant’s 15-year-old sister Jania told dispatchers in March that she wanted to “leave” the home after getting into fight.

Referring to Bryant, Shanice Marie says that her sister was “so motherfucking loveable.”

“You bringing other bitches over there trying to fight her and she called the police,” she says. “You are the same mother fuckers who are supposed to protect. What the fuck did y’all protect?”

A photo taken by Brooke LaValley for the Columbus Dispatch shows a Shanice Washington talking to a crowd on the street after police killed Byrant. Public records indicate that a Shanice M. Washington is 27 and did not live with Bryant’s foster family.

Bryant was the one who initially called the police about individuals fighting outside, Bryant’s family told WBNS-TV, per CBS News.

The Columbus Division of Police did not immediately respond to the Daily Dot’s request for comment.