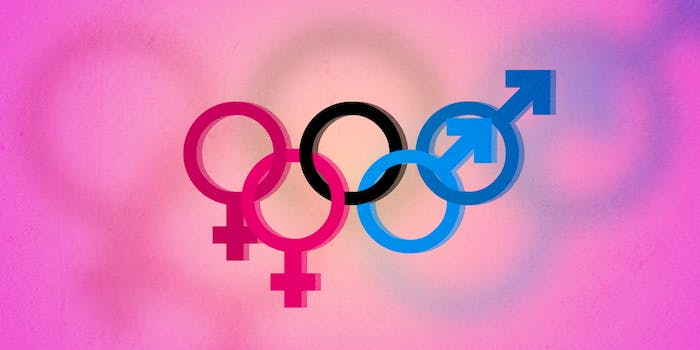 There are at least 46—enough to make their own team.

Every year, the climate gets a little warmer for LGBT athletes in professional sports.

The 2016 summer Olympics in Rio de Janeiro kick off on Friday—and this year, there’s a record number of at least 46 openly LGBT athletes competing.

According to Outsports, the number of out Olympians is so high this year that if all of the LGBT athletes were to band together, they’d have a bigger team than several of the competing countries. We found even more LGBT athletes that weren’t on the Outsports list, making “Team LGBT” almost the same size as Israel’s Olympic team. And these are just the openly LGBT players.

As usual, the amount of out lesbian and bisexual women athletes vastly outnumbers the openly gay men; but LGBT men are making strides as more athletes (like 2014 Winter Olympics skier Gus Kenworthy) come out of the closet without having their sponsorships revoked—a fear that has long kept male athletes closeted in the traditionally homophobic sports world.

2016 it also a historic year for transgender athletes: The summer games are the first to officially allow trans competitors without mandating that they offer proof of gender-reassignment surgery. Hormonal testing is in place, however—and still a controversial move, given the presence of at least one high-profile female athlete, Caster Semenya, who is hyperandrogenic, meaning her testosterone levels are naturally higher than what’s typically found in women. In 2010, Semenya was removed from competition and mandated to undergo gender testing; her trials paved the way for transgender and intersex athletes.

According to a Rolling Stone interview on Tuesday with Chris Mosier, the first out transgender athlete to make a U.S. national team (in duathlon), there are two other transgender athletes competing in the summer Olympics this year—they just aren’t out.

The news that two transgender athletes are competing as stealth, without coming out publicly, is somewhat shocking considering the new trans-friendly Olympic rules. But evidence that there are closeted LGBT athletes in the 2016 games only shows that “Team LGBT” is bigger than we ever imagined. And that’s pretty cool.

Here is a list of the openly LGBT 2016 Olympians: