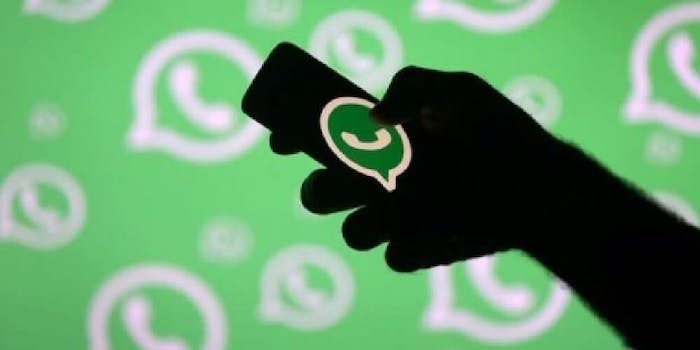 Protests in Lebanon exploded over a tax on the app's use.

Government officials in Lebanon are reportedly using WhatsApp to spy on activists and organizers who started protests against a government-proposed tax on phone calls via the communication app.

Massive protests that paralyzed cities across the country began in October after a proposal to tax calls made via WhatsApp. Tens of thousands of protesters from different backgrounds in the country came together against the government corruption at the time in a way that Amnesty International said was “unprecedented.”

The protests, which saw schools and banks shutting down, eventually led to the resignation of then-Prime Minister Saad Hariri, according to Amnesty. The tax plan was eventually dropped, NPR reports.

But outrage over the tax had already set protests into motion that later addressed other problems in the country. In January, law enforcers responded to the protesters with tear-gas, rubber and cannon bullets, according to the BBC.

Now, five months after the first protest, NPR reports that government officials are using WhatsApp, the tool at the core of the outrage.

Lawyers who were arrested after working with organizers told NPR that government officials are sending “guys” to join WhatsApp chats and “track protesters and leaders.”

One government official sent a series of “rapid-fire, seemingly nonsensical images” in an attempt to create chaos in the group, an organizer told NPR.

Civil rights groups have pushed back on what they say are Lebanon’s draconic defamation laws, which are often vast and ambiguous.

Beirut-based filmmaker and activist Rabih El-Amine was reportedly questioned by authorities for posting criticism of a bank on Facebook. After he was released, a stranger found him at a protest and broke his nose after identifying him as El-Amine.

Defamation through social media posts can currently send Lebanese individuals to jail for up to three years in prison, according to NPR.