When flattery goes too far.

No one likes having their intellectual property poached, but when it’s done to a tee by a perfect stranger? That’s when things go from frustrating to just plain freaky. 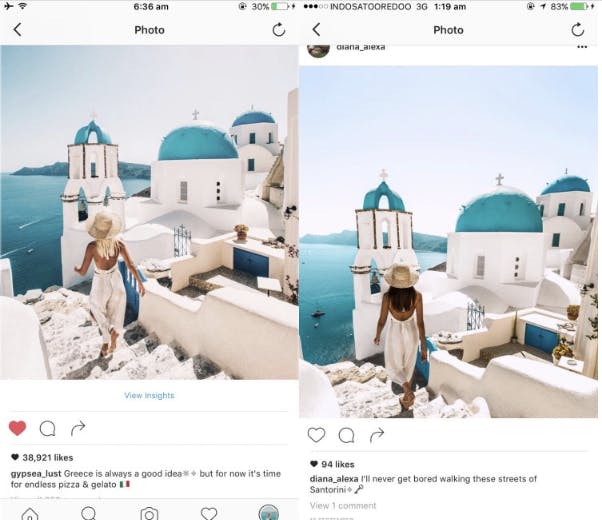 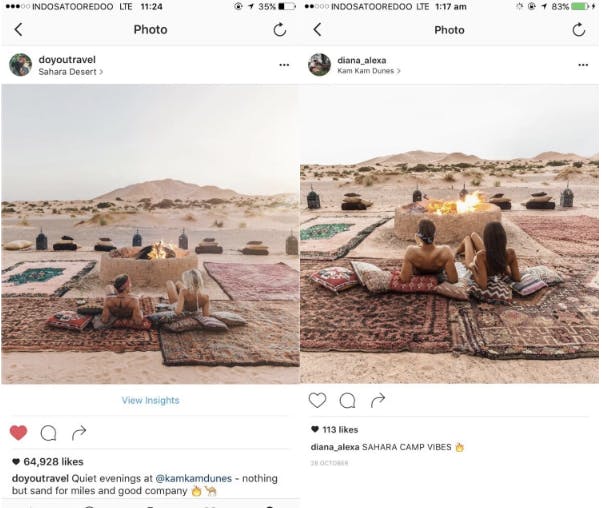 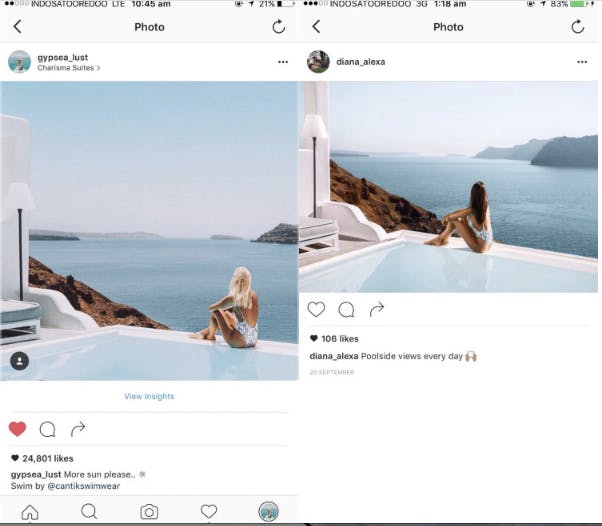 Lauren Bullen, a 23-year-old travel and fashion blogger from Australia, found herself in just this position last week when she stumbled upon the Instagram account of a woman who appeared to have copied her and her boyfriend’s Instagram photos down to the tiniest of details. We’re talking locations, outfits, props, poses, partners—the works.

“They honestly did an incredible job copying our imagery, controversially insane mimics, so I congratulate them for this!” Bullen wrote on her blog, Gypsea Lust. “But stealing someone’s art—that’s never okay.”

The woman, Diana, has since hidden her copycat Instragram account to private and has wiped the account of all posts.

Though Bullen updated her post saying she and Diana settled the matter and came to an agreement that Diana wasn’t a stalker, one thing is clear—these photos were impressive but creepy AF.