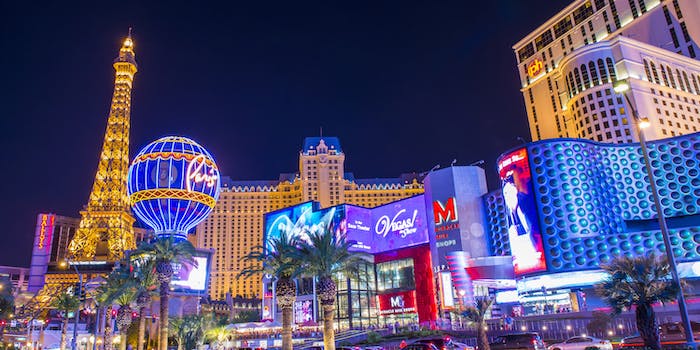 Homeless people given designated spots in parking lot to sleep

People on Twitter are calling out Las Vegas’ officials handling of the city’s homeless population amid the coronavirus pandemic.

Nevada has so far reported 1,044 cases. Last week, the coronavirus situation in Las Vegas took a turn after a member of a homeless shelter tested positive for the virus.

The Catholic Charities’ shelter closed in response, leaving 500 homeless people suddenly with nowhere to go, according to the Mercury News.

Over the weekend, volunteers came together and organized the space. After more than 100 people came in needing shelter, officials drew out boxes for each person, ensuring the 6-feet distance recommended by the CDC. Local medical students screened the incoming members, according to the Mercury News.

But people were horrified to see images showing people made to sleep on concrete, especially against the backdrop of a city known to have thousands of hotel rooms, thousands of which are empty amid the coronavirus pandemic.

According to the Reno Gazette Journal, hotels earn a key amount from 24,000 annual conventions in the city. Participants of these conventions make up about 20% of hotel bookings. Due to social distancing measures and reduced travel, many conventions were canceled earlier this month.

Many commented that the treatment of homeless people amid the pandemic seems especially brutal in a city as rich as Las Vegas, where revenue from the gaming industry alone grosses higher than $1 million annually. Revenue from food, beverage, and rooms on the now-deserted Strip made $17.8 billion in 2017.

Update 11:25am CT, April 1: In a statement to the Daily Dot, the city of Las Vegas confirmed a “temporary shelter for the homeless” was built on the parking lot of the Cashman Center and would operate until April 3.

“It is anticipated that the Catholic Charities homeless shelter in the Corridor of Hope will reopen in the meantime,” the city’s statement said.