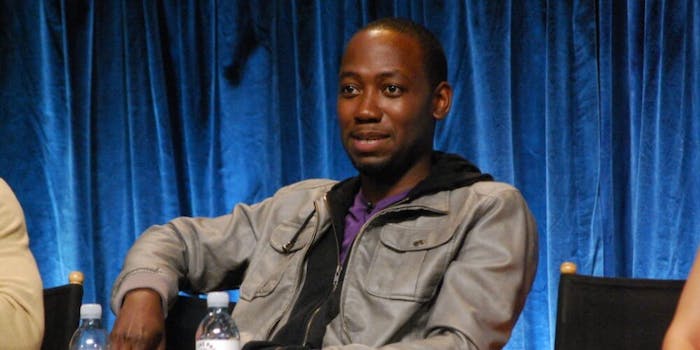 'You ain’t questioning nobody else.'

New Girl star Lamorne Morris was handcuffed outside a nightclub on Saturday after he tried to film cops arresting his friend, according to multiple reports.

Morris’ friend was in a scuffle with security at Avenue nightclub in Hollywood and was bleeding from the face, TMZ reported. When cops arrived, they arrested the friend, which didn’t make sense to Lamorne.

When the actor began recording a video on his phone, a white cop slammed him against a wall and put him in handcuffs, according to a video shared by TMZ.

In the video, the actor’s friend is seen handcuffed by cops. A few seconds later, Morris is seen asking, “Now they’re arresting me?”

He was eventually released, TMZ reported.

Later in the video, Morris says the incident was “bullshit.”

“A fucking white man gets crazy to me,” he says. “They walk up to the [N-word] bleeding out the mouth and they put him in handcuffs.

“And I go, ‘Wait somebody hit him in the mouth’ and they go, ‘someone said he started something,” he continues. “We are half a block from the fucking spot… but you ain’t questioning nobody else… and the only other person you put in cuff is the guy recording it.”

He insists said he was giving the cops “enough space.”