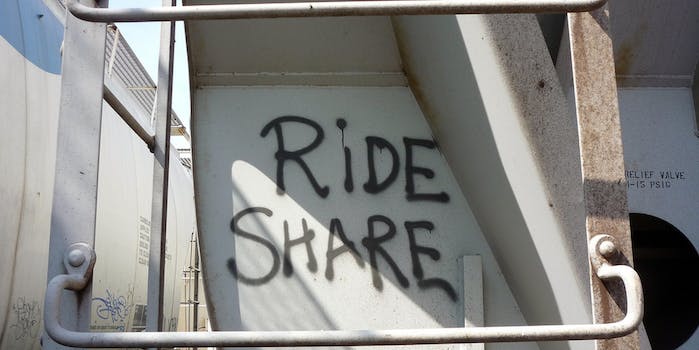 Uber driver arrested after attempting to rape a passenger in India

The victim fought her way free.

Uber driver Santu Parmanik in Kolkata, India, has been arrested and charged with molestation and criminal intimidation after attempting to rape a passenger. In the Telegraph, the 27-year-old passenger details how she fought off the driver, crediting a self-defense class she had taken when she was 15.

The victim and her friend had reportedly shared an Uber, with her friend getting out first. Then, on the way to the second destination, the driver kept trying to pull off the main street onto side roads. “I protested and demanded that he stop the car immediately, at which he, in a cold voice, replied that if I tried to scream, he would rape me and dump my body in a ditch,” she told the Telegraph. “He also told me that he had done this to several women before.”

The victim said she was able to fight her way out of the cab, and then jump out of the way as he tried to drive into her. The driver was arrested soon after she reported the incident to police.

“We have shared the driver and trip details with the police and will continue to support the investigations, as required,” an Uber spokesperson told the paper. “The driver has been blocked from using our platform.”

But according to the victim, that’s not the whole story. “An official called me on Tuesday evening to say that the driver had been suspended. I asked him why he hadn’t been removed,” she told the paper. “The official told me that my assailant’s cab would henceforth not show up on my app even if he were back on Uber duty.”

New Delhi banned Uber two years ago after a driver raped a passenger, though it has since been reinstated. Other drivers spoke of how there was barely any vetting involved in becoming getting hired at the company.

While rape is not India-specific or Uber-specific, Uber has repeatedly refused to accept liability for the conduct of its drivers, largely because drivers are not employees but contractors.

In even more disheartening news, the driver was remanded to custody for 14 days, and in one report of the attack, the author chose to describe what the driver said to the victim—translated as “Shut up, or I’ll rape you”—by writing, “Uber cab driver Santu Parmanik probably thought that one sentence would get him laid.”

If you take nothing else away from this, please remember “getting laid” and rape are not the same.

Update, 2:30pm CT, July 8: An earlier version of this piece said Uber has been banned in New Delhi since 2014. Uber returned service to New Delhi in January 2015.