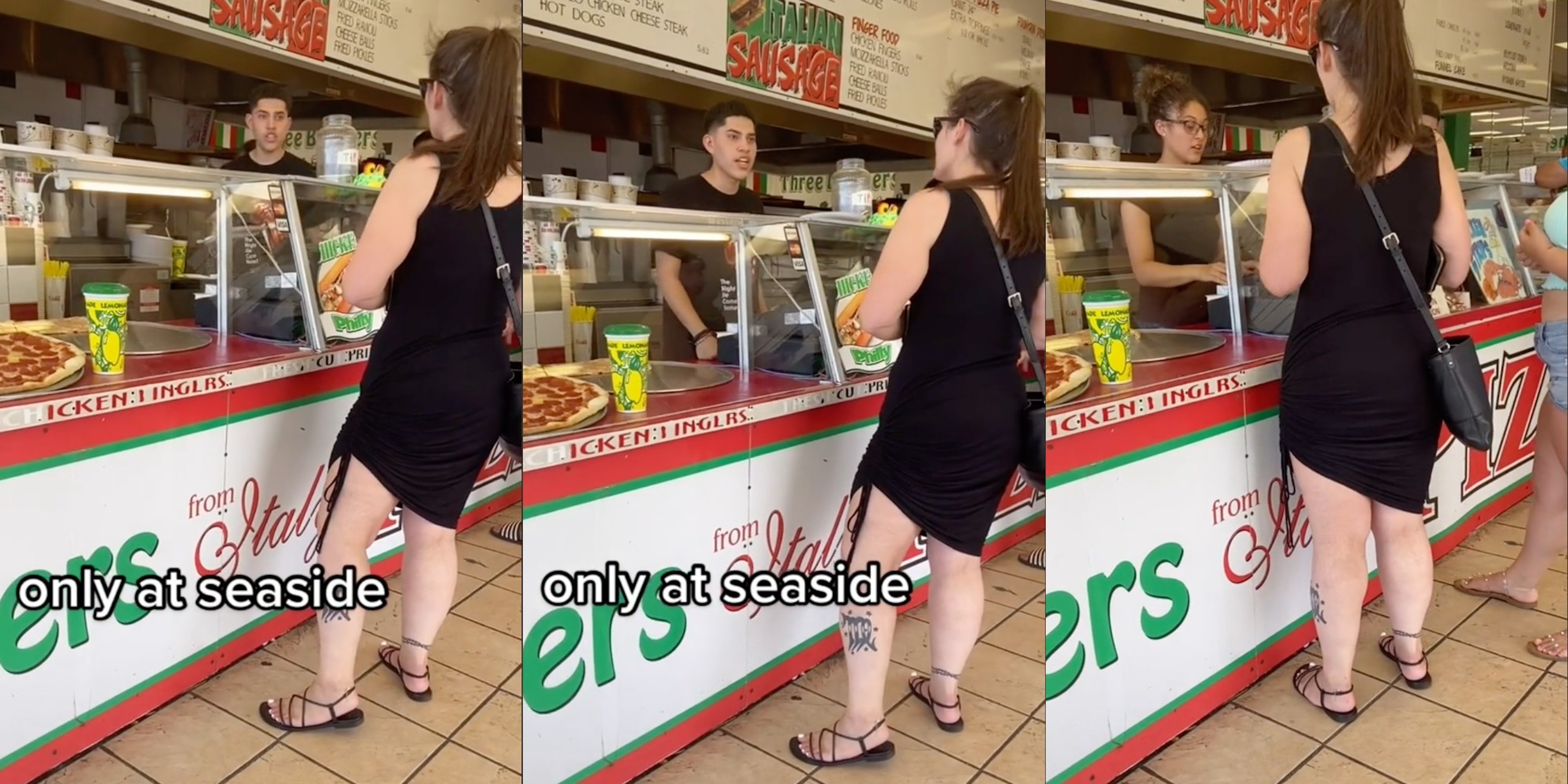 ‘It’s not like employees make the prices’: Karen yells at teen pizza workers over 37 cents in viral TikTok

The teens weren't having it though, firing back with the same attitude.

A Karen in Seaside Heights, New Jersey harassed a couple of teenage workers because she didn’t like the prices of the pizza she ordered. The teens weren’t having it though, firing back with the same attitude.

The entire interaction was caught on camera and posted to TikTok by user @__onetonsoup__, who goes by Angie, on the platform. The video has received almost 2 million views and about 270,000 likes.

Angie clarified in the comments section that the Karen was mad because the pizzeria rounded their prices up to the next dollar: “Pizza was $5.63 they rounded up to $6.00 bc it’s seaside.”

Do the math and that’s an extra 37 cents.

The Karen can be heard telling a teen cashier to “get a life” and “shut up.” When he didn’t take her attitude and fired back with his own, she told him to watch his mouth, but he snapped back, “no you watch your mouth.”

Another teen employee refunded the Karen’s money and told her to look up contact info online.

TikTok viewers applauded the teens for standing up for themselves.

“Customers ARE NOT always right. Glad they told her off,” one user commented. Another said, “Everyone is giving her the attitude she’s giving, love to see it.”

Some users pointed out that it wasn’t a steep price change at all. Others said customers shouldn’t argue with employees about prices regardless.

“If you’re broke just say it!” one user commented.

“It’s not like employees make the prices… I thought that was common sense,” a different user commented.

In a second TikTok video, Angie shared that she confronted the Karen for continuing to harass the employees after getting her money back.

“I was like dude, if you’re that mad over 40 cents, then I bet you should not be at Seaside,” Angie said.

The Karen told her to “shut up, hoe” and get out of her business. But as Angie put it, it was her business because the entire boardwalk could hear it. Angie then dragged the Karen and insulted her. “She didn’t like that, and she left,” Angie said.

Angie did not respond to the Daily Dot’s request for comment.