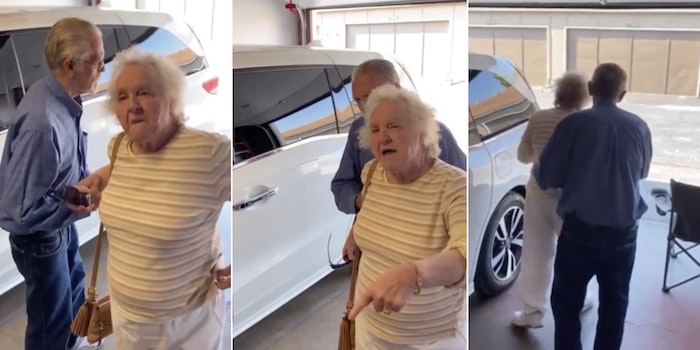 'I don't think you live here because you have slanted eyes.'

A viral video posted to Reddit this week shows an elderly “Karen” harassing her neighbor over his kids’ sidewalk chalk drawings and making racist remarks about his “slanted eyes.”