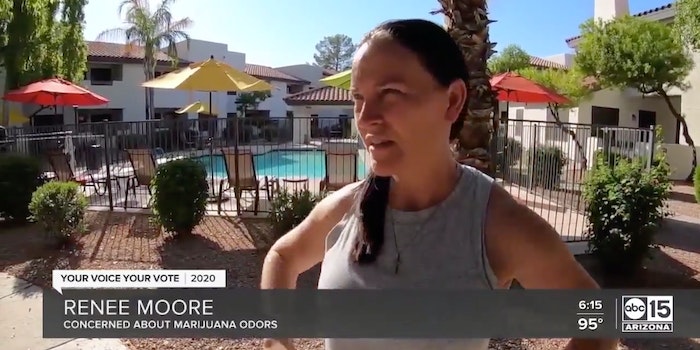 She claims the smoke coming from her neighbors' apartment is triggering health issues.

We’ve dealt with a lot in 2020. Between the election, the pandemic, the fires, and everything else this year has heaped on us, most people don’t have the capacity to worry about much else. But an Arizona woman dubbed a “Karen” has made it a goal to stop her neighbors from smoking medical marijuana—in their own home.