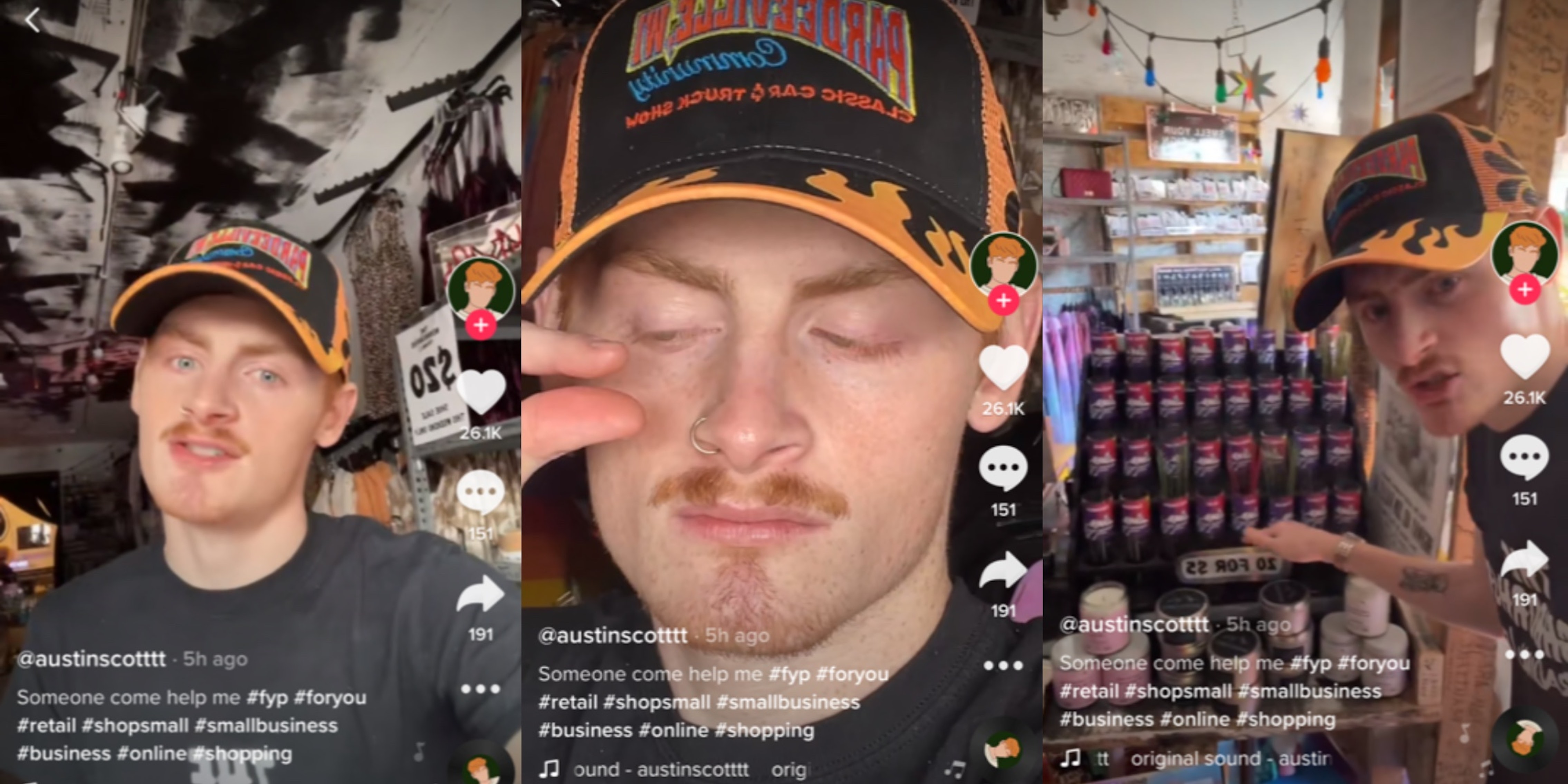 'It says nowhere that we have a sale on stickers'

TikToker and small business owner Austin Scott recently made a $126 sticker sale, apparently much to the dismay of the young purchasers’ mother.

In a video posted Saturday, Scott said he got dragged in a Google review from the confused woman after her daughters used her card to purchase 40 stickers, which she mistakenly thought would cost around $10.

According to Scott, stickers at his store, The Neighborhood Trading Company in Galena, Illinois, run $4 each but he gave the young girls a big discount because of their generous purchase. The reviewer, under the name Kitten Gordon, said in the comment that she saw a sign listing the stickers as 20 for $5.

Scott then responded to the Google review and tried to explain to the disgruntled patron that there was, in fact, no sale of this kind, but that he had given her daughters a discount. He also thanked her for supporting his shop.

While Gordon did not respond to Scott’s comment on Google reviews, Scott says she did comment on her Square receipt, writing:

“I didn’t!” interjects Scott. “I told you the sale I gave them.”

“You took advantage of an easy situation with two young girls. The word will spread.”

Scott goes on to explain that commenting on the digital Square receipt allowed the customer to see the itemized receipt and the discount he gave them.

“She didn’t even try to reach out to me personally,” Scott says at the end of the TikTok.

“She probably ASSUMED that the stickers are cheap how expensive could they be? And instead of taking responsibility she’s gonna blame you,” commented @shad0w_muffin.

While most reviews are positive, Gordon is not the only patron that has left a 1-star review. A user under the name Kaitlyn Peppmeyer left this review a month ago:

The Daily Dot could not find contact information for the reviewer.

Update 6:26pm CT June 22: In a statement to the Daily Dot, Scott—who often posts retail stories from his store on TikTok—said that he received a surprising amount of support after this incident. He said that reactions to his videos are typically mixed.

“There is a belief that you’re just supposed to “smile and nod” in retail because it’s ‘the job’ but part of the reason I believe my videos do so well is I break that barrier and let the customers have it,” Scott told the Daily Dot. “The response from this video [is] shocking because it’s almost fully backing myself and my business.”

In regards to the customer’s complaint, he said that the woman has not reached out to him with proof of the sticker “sale.”

Scott further stated that stories like this and others on his page help show consumers what retail workers go through.

“These situations are not new to me or to retail workers,” he said. “Every day these kind of situations happen and truthfully it has to stop. People need to learn the respect is not just given and messes just don’t clean up themselves. Which is why no matter what side people fall on after watching my videos at least at the end of the day I’ll know I defended myself and my business.”