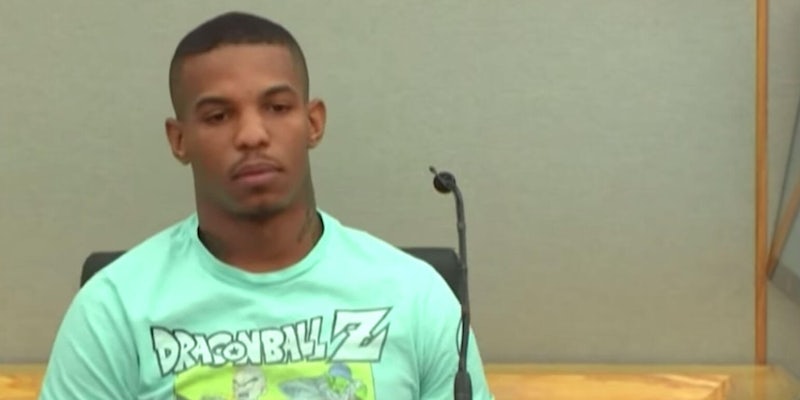 'He was ambushed at his apartment complex as he got out of his car and shot at close range.'

Joshua Brown, the 28-year-old who testified as a key witness in Amber Guyger’s murder trial, was fatally shot in an apartment complex in Dallas, merely two days after Guyger was sentenced to 10 years in prison–a sentence that has been met with criticism.

According to CNN, Dallas County District Attorney John Creuzot confirmed Brown’s death on Saturday night. Brown was also neighbor to Botham Jean, the man who was fatally shot by Guyger in his own apartment. Brown was acting as a witness for the prosecution.

Many find the timing and circumstances surrounding Brown’s death suspicious, leading #Justice4JoshuaBrown to trend on Twitter.

“#Justice4JoshuaBrown this story doesn’t sit right with my spirit. Innocent man found dead after he testified again the cop who got 10 years in Dallas for her killing an unarmed black man in his own apartment. This case was messed up from the beginning and tampered with,” Twitter user @PhoenixHolley wrote.

He feared he would be killed for testifying against a cop and what happened? He’s shot in the very apartment complex that Botham Jean was murdered in. Something feels…wrong. I’m sure they’ll say it was a failed carjacking or something. #Justice4JoshuaBrown https://t.co/NBf4TqvUFu

#Justice4JoshuaBrown was first. She will be next if not placed in witness protection. But who will protect her? The police? She has no protection. I'm afraid for her life. My God. So easy, so covered in protection that they can scheme to snuff out young black lives like that! https://t.co/fr59oLnteF

This is messed up. That is an understatement. He was ambushed. Right after he testifies to convict a cop. #Justice4JoshuaBrown https://t.co/ErwN7aeHPx

#Justice4JoshuaBrown this story doesn’t sit right with my spirit. Innocent man found dead after he testified again the cop who got 10 years in Dallas for her killing a unarmed black man in his own apartment. This case was messed up from the beginning and tampered with. https://t.co/FS2zELaAFA

Lee Merritt, Jean’s family attorney who spoke with Brown’s mother, also confirmed it was Brown who lost his life in the shooting, which took place at Atera Apartments around 10:30pm Friday.

Joshua Brown was shot in his mouth & chest. He was exiting his car at his apt when he was ambushed & shot at close range. His mother asked my office to help find out who murdered her son. She suspects foul play. He had no known enemies. He worked for a living. We need answers. pic.twitter.com/k0KizSLMHi

I just spoke with Joshua Browns mother. She is devastated. We all are. Joshua Brown was key witness in the murder of Botham Jean that helped put Amber Guyger away. We need answers. pic.twitter.com/5BCdkVXoQ4

Authorities responded to the shooting and were directed to the apartment complex’s parking lot, where Brown’s body lay riddled with bullet wounds. Brown was taken to Parkland Memorial Hospital, where he was pronounced dead.

No suspects or motives have yet to be released, but witnesses did report seeing a silver four-door sedan fleeing the scene just moments after gunshots were heard.

In a Facebook post, Merritt revealed details surrounding Brown’s death and also called for an investigation into the murder

“I just learned from the medical examiner that Joshua was shot in his mouth and his chest,” Merritt wrote. “He was ambushed at his apartment complex as he got out of his car and shot at close range.”

Merritt also added that Brown’s mother “suspects foul play” and that it is “hard to rule out.”

During Brown’s emotional testimony, he told the courtroom that he met Jean for the first time the day he was killed. He also said that he often heard Jean singing gospel music and Drake in his apartment.

“His murder underscores the reality of the black experience in America,” Merritt wrote about Brown’s death. “A former athlete turned entrepreneur—Brown lived in constant fear that he could be the next victim of gun violence, either state sanctioned or otherwise.”