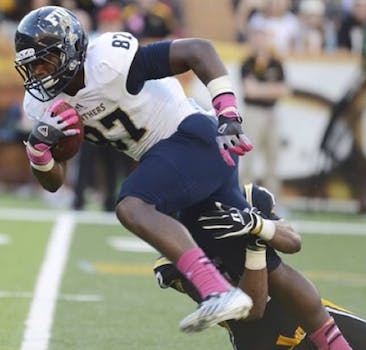 Jonnu Smith's college career is over.

Jonnu Smith, a football player for Florida International University, is out for the remainder of the season: According to ESPN, his girlfriend purposefully poured hot water on him after being unhappy with how much attention he was giving her.

Now the tight end is suffering from severe burns, putting an end to his college football career.

Mary Gaspar, Smith’s pregnant girlfriend, faces up to 15 years in prison if convicted of battery.

In reaction, women are coming out on Twitter about the fact that woman can commit domestic violence too.