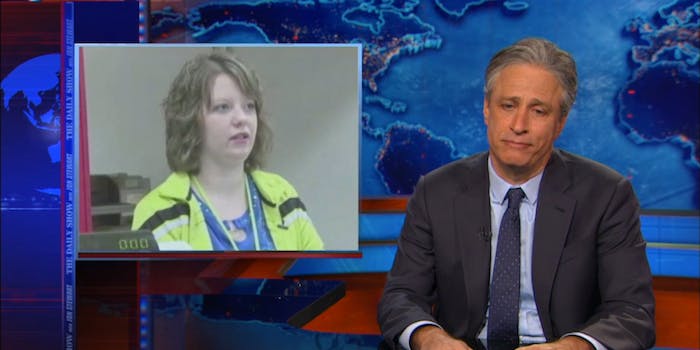 This plan is as simple as it is devious.

One of Jon Stewart’s Daily Show correspondents finally figured out a surefire way to launch a successful business.

When a small Indiana pizza restaurant took a stand and admitted that it wouldn’t serve gay couples if it were asked to cater a wedding under Indiana’s Religious Freedom Restoration Act, all hell broke loose. Death threats forced Memories Pizza to close its doors, but thanks to a GoFundMe page, the business has raised more than $842,000. How the pizza tastes is irrelevant at this point; the company made hundreds of thousands of dollars without baking a single pie.

Daily Show senior correspondent Jordan Klepper took note of this phenomenon and hatched a foolproof plan: discriminate against someone—almost anyone, really—and then have similarly intolerant people crowdfund your way to a profit without having to work a day.