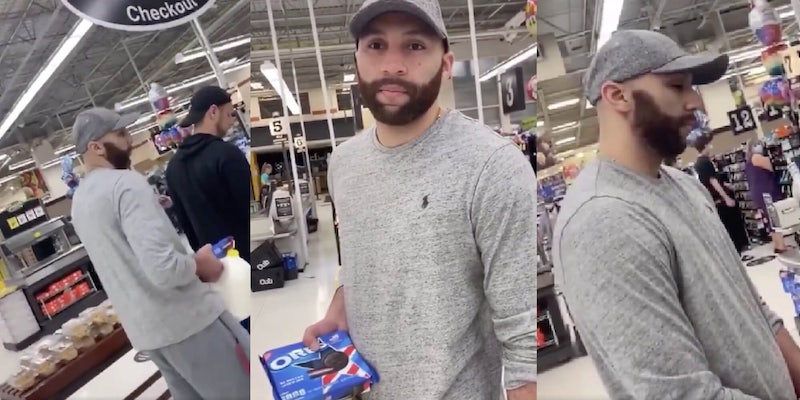 'You're honestly in Cub Foods comfortably shopping. ... You killed somebody in cold blood.'

One of the former police officers involved in the killing of George Floyd was confronted on Saturday while shopping at a grocery store.

Video of the incident shows 26-year-old J. Alexander Kueng being approached inside a Cub Foods in Plymouth, Minnesota.

Kueng acknowledges that he is in fact one of the officers when questioned by a shopper angered by his presence.

The ex-cop responds by stating that he’s sorry the woman feels the way she does as he attempts to pay for his items.

“You don’t have the right to be here,” the woman continues. “You killed somebody in cold blood.”

The ex-cop remains largely unresponsive during most of the video, only speaking several times to note that he is attempting to purchase his groceries and leave.

Keung was released from the Hennepin County Jail on Friday after posting his $750,000 bail. Keung is the second officer to be released after 37-year-old Thomas Lane posted bail earlier this month.

Keung, who is due back in court on June 29, has been charged with aiding and abetting second-degree murder and manslaughter after standing by as then-officer Derek Chauvin knelt on Floyd’s neck.