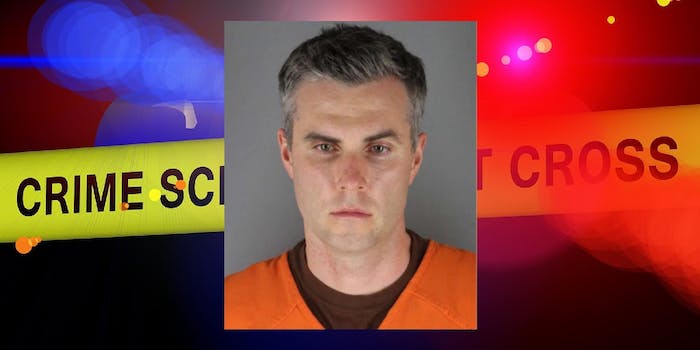 One of the police officers charged in the death of George Floyd has been released from jail after an online campaign crowdfunded his bail.

Lane was being held on $750,000 bail but left the Hennepin County Jail on Wednesday after the necessary funds were successfully raised.

A now-deleted fundraising website, which asked for donations through PayPal, according to the Star Tribune, argued that Lane “did everything he could” to prevent Floyd’s death.

While it’s currently unclear who exactly began the campaign, the site did note that “Lane and his family appreciate your support and prayers during this time.”

It also remains unknown the total amount raised for the bail effort.

Lane’s attorney, Earl Gray, confirmed that the officer had been released and was staying at an undisclosed location with his wife due to safety concerns.

Gray added that Lane is scheduled for his next hearing on June 29, where he intends to file a motion to dismiss the charges.

The incident involving Floyd took place during Lane’s fourth shift as an officer for the Minneapolis Police Department. The charges accuse Lane of holding down Floyd’s legs as officer Derek Chauvin knelt on his neck.

Gray has previously argued that Lane believed he was “doing what he thought was right” and had asked Chauvin to remove his knee from Floyd’s neck.

Chauvin is currently in custody on a $1.25 million bail, while the other two officers involved, Tou Thao and J. Alexander Kueng, also remain in jail on a $750,000 bail.