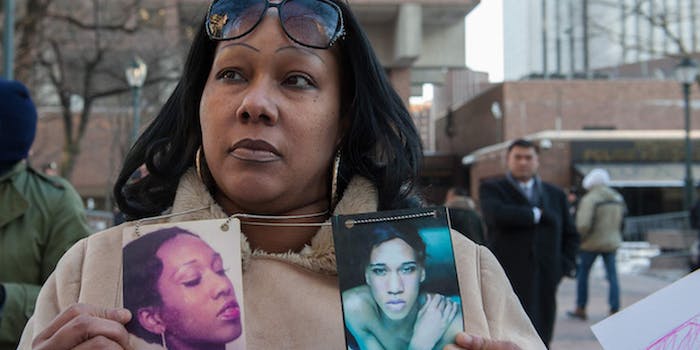 The trans woman became the subject of the hashtag #JusticeForIslanNettles when she was murdered in 2013.

Angelica Ross, a black trans woman, told a crowd in Chicago back in November that 200 to 300 transgender people are killed each year. But for one of those hundreds, justice may finally be served. An arrest was made on Tuesday in connection with the 2013 murder of trans woman Islan Nettles.

The 21-year-old was walking with two friends in Harlem when they encountered a group of men who recognized they were transgender and proceeded to brutally attack them. Nettles later slipped into a coma and was taken off life support by her mother, Delores.

Now, Nettles’ family can finally feel a sense of relief. Nettles’ mother said she was told the suspect, James Dixon, 24, would be arraigned in a Manhattan Criminal Court Tuesday afternoon.

“I’m overwhelmed,” Nettles said before the arraignment. “I still want to know the facts, but it’s been a long time coming.”

Dixon has been indicted for manslaughter and felony assault in relation to Nettles’ death, according to prosecutors in Manhattan Criminal Court.

The Assistant District Attorney provided more details in court about the events of that tragic 2013 night.

Dixon punched Nettles in the face, making her to fall to the ground and strike her head on the sidewalk, causing a serious brain injury, said Assistant District Attorney Nicholas Viorst.

Viorst alleges that Dixon brutally beat Nettles and “struck her repeatedly as she lay on the ground” while “driving the side of her head into the pavement.”

Even though it was a long time coming, it serves as a small victory for the transgender community, who rallied around Nettles’ family after her death with the hashtag #JusticeForIslanNettles.