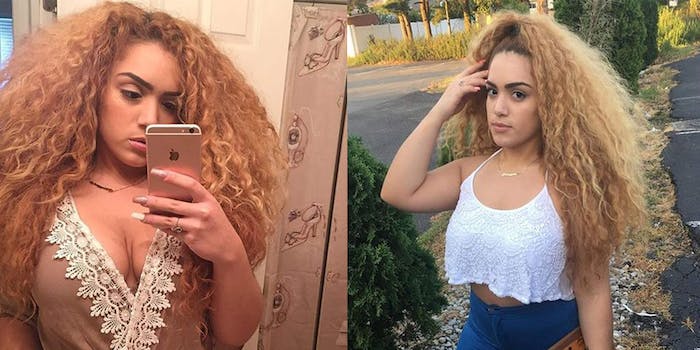 She convinced them to hand over debit cards.

Instagram influencer Kayla Massa was arrested Thursday after she scammed her way into $1.5 million, Quartz reports.

Massa, whose Instagram account @Kayg0ldi has now been removed from the site, once boasted a following of over 300,000.

A complaint from the New Jersey federal court details the scheme that involved Massa and nine others. An investigation began in July 2018 when it was discovered that blank money orders had been stolen from a U.S. post office in Berlin, New Jersey.

According to the complaint, Massa would post “ads” to her Instagram stories, typically accompanied by stacks of cash and ATM receipts, telling her followers to DM her if they wanted to make fast, legal, cash.

From there, Massa would have her pawns provide her with their debit cards and pins, telling them to empty their bank accounts before handing over the card. Massa and her group would then deposit the fraudulent money orders into the accounts and withdraw the cash before the money orders could be flagged or retracted.

According to the complaint, investigators spoke to several of Massa’s duped followers, identified only by their initials, who told them Massa would later block those she had scammed on Instagram and her phone. The accounts would end up overdrawn for as much as $4,000 dollars, and those duped by the scan would have their cards canceled or have to enter into deals with the companies to pay off the stolen money.

The influencer’s scam came to a close when investigators were able to use surveillance footage and information from Nissan Turnersville, where many of the fraudulent checks came from, to pin down Massa and her group.

Over 45 people fell prey to Massa’s scam. Massa could not be reached for comment.