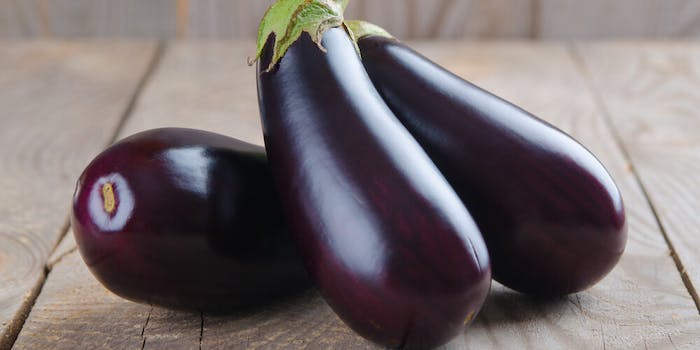 The woman says she exposed him to hold him accountable.

It’s still difficult to grasp why some men think it’s OK to send pictures of their genitals to a stranger online, even after the stranger has said no. But it still happens way too often.

One Instagram user, identified as Han by BuzzFeed, said a man recently slid into her DMs, boasted about the size of his penis, and then sent her a dick pic. In response, Han took a screenshot of the nude and posted it on her story—and she was the one who ultimately got banned.

Han told BuzzFeed that her account @han.demonium was private, and she shared kink-friendly posts that she told BuzzFeed helped her cope with PTSD. She had fewer than 1,000 followers, but she often received unwarranted messages from strangers.

The 29-year-old, who shared screenshots of the messages with Buzzfeed, said she wanted the men to “be held accountable” for such actions. Screenshots show one man recently DMed her to say, “I know ive got a babyface… but ive got a big cock.”

“Alright not my best linec,” he responded.

“Probably the worst I’ve ever heard,” she wrote.

“Probably deserve points for that then,” he said.

“Can i start over? Hows your day been?” he persisted.

“Alright fair enough have a good day,” he wrote.

She told BuzzFeed that she told him this was not OK, and the way he’s speaking to her was “gross.”

“This account is for my personal use, if you can’t respect that, then fuck off,” she told him.

A few days later, the same man messaged her again. This time he sent her a photo of his penis.

She and her friends reported the man’s account, not the specific message. As BuzzFeed pointed out, Instagram makes it very difficult to report DMs.

Han then posted the screenshot of the dick pic on her story with what she thought was a reasonable effort to censor the man’s genitalia. “I put the emoji over the top in an attempt to keep it PG,” she told BuzzFeed.

“Thats not very nice,” he said.

“Neither is your ugly dick lmao,” she responded.

Han told BuzzFeed she “wanted him to feel the weight of having his power and choice taken away from him in the same way.”

Instead, Instagram shut down her account the next day and removed her phone number from the service. Even though she and her friends reported the account for harassment, the man seemingly faced no consequences.

The man, whose name and Instagram handle were not reported in the BuzzFeed story, apologized after being contacted the publication. He said sharing the unsolicited photo was “one of my deepest regrets.”

He acknowledged that while Han’s actions violate Instagram guidelines, he understands that this was her way of “voicing her frustration.”

Asked if there’s a policy for banning accounts that send photos without the receiver’s permission, the spokesperson said, “nudity is not allowed on Instagram, if someone receives an image containing nudity they can report it to us and we will remove it. People also have the option to block accounts.”