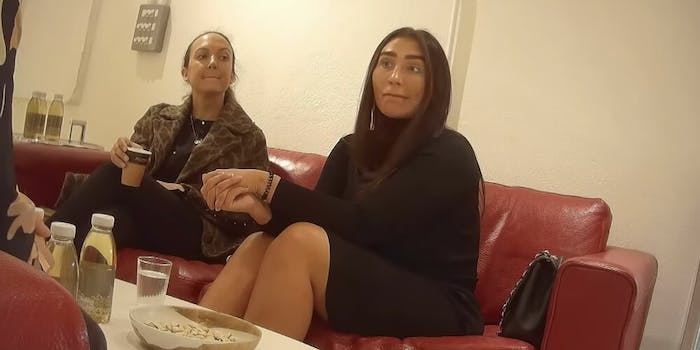 'That all looks pretty natural,' one of the influencers said after reading the ingredients.

Earlier this week, previous The Only Way Is Essex cast members Lauren Goodger and Mike Hassini and former Love Island participant Zara Holland all appeared on a segment of Blindboy Undestroys the World, a new BBC series.

The three influencers–escorted by their agents–blindly agreed to promote the deadly drink which was clearly labeled with hydrogen cyanide, a poisonous gas or liquid. They were under the impression it was a diet drink.

The series’ founder is Blind Boy, an Irish rapper and satirist whose real name is Dave Chambers. Chambers created the segment to raise awareness about the dangers of celebrities blindly endorsing anything they can readily hashtag #ad.

“The product was clearly labeled hydrogen cyanide, and we wanted to see if they would consider selling it to their fans, which would kill them,” Chambers stated.

As reported in Vice, all three stars agreed to promote the drink. They also went along with filming brief promos for Cyanora, even though they were told testing of the product was not available until its launch in a few months. The promo-hungry stars even ignorantly mentioned the toxic hydrogen cyanide gas by name. “From what I know, that all looks pretty natural,” Hassini said when discussing the ingredient label.

Eventually, the celebs were given all of the information about the “drink promotion sting,” and they leaped into damage control mode.  Goodger and Holland both released statements through their agents downplaying their commitment to promoting the drink without research. Goodger also wrote on Instagram that she felt “set up” by the BBC program.

“I was filmed, and I just feel very set up to be honest because they never told me that there was poison in it,” she stated.

Holland also released a statement to BBC stating that she would not “deliberately mislead” anyone.

“Although I had read out the ingredients which included Hydrogen Cyanide, I did not immediately know what this was at the time,” her statement read. “My agent did state that I would not promote a product without trying it first, and we needed to be provided with more detail.”

Chambers expressed no surprise by the results of his “test” and proved his case for more social media regulations.

“I’d like to say that I would’ve been [surprised] but I kind of knew that they’d come back and be happy to sell this stuff,” Chambers told BBC’s Newsbeat on Wednesday. “Social media space at the moment is currently an unregulated wild west.”