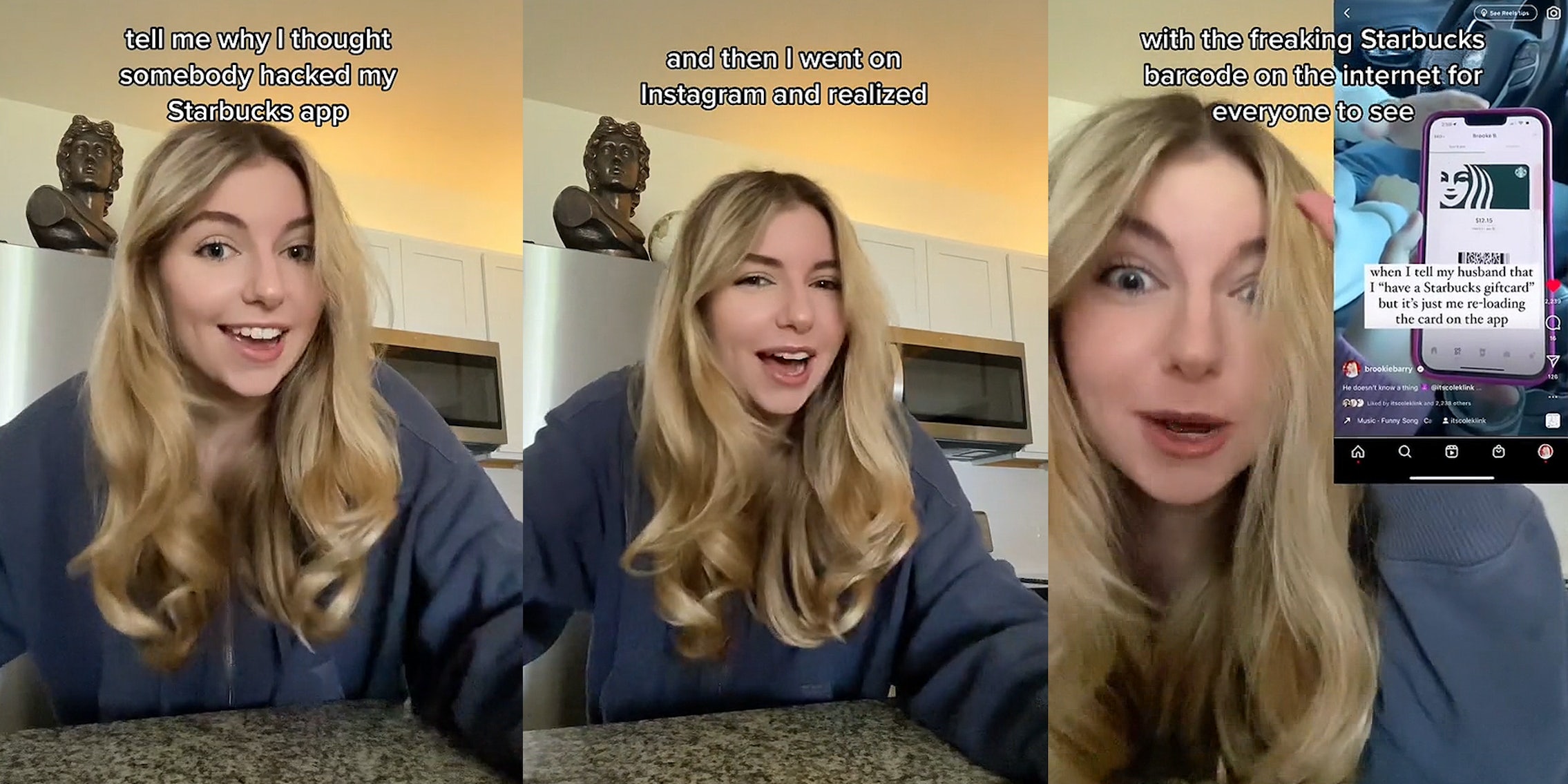 ‘I thought somebody hacked my Starbucks app’: Influencer accidentally posts her Starbucks barcode on Instagram

'I hope you all enjoyed your free drinks on me.'

In a viral TikTok video, an influencer shares how she unknowingly posted her Starbucks barcode on Instagram, believing her account was hacked after being charged for several unauthorized purchases.

The creator, Brooke Barry (@brookiebarry), regularly shares fashion content, though she recently shared her unfortunate mistake with her 3.1 million followers.

“Tell me why I thought somebody hacked my Starbucks app, because they were buying Venti drinks with tons of add-ins, and using all of my points,” Barry says. “And then, I went on Instagram and realized, I posted a reel with the freaking Starbucks barcode on the internet for everyone to see.”

Barry includes a screenshot of the post that featured her Starbucks account information. She concludes the video by saying, “I hope you all enjoyed your free drinks on me. Won’t be doing that again.”

The video has amassed over 630,000 views as of Wednesday, with many viewers pointing out that Barry posted the barcode yet again in the TikTok.

“You just reposted the bar code,” one viewer observed.

“Babes.. you just did it again,” a second pointed out.

“Definitely one of the cutest but not the brightest cuz how are you doing it again like,” another echoed.

However, some jumped to Barry’s defense, proposing that she probably changed the barcode before posting the video.

“I’m pretty sure she’s changing the card guys so showing the old barcode is fine,” one commented.

“I’m sure she changed it before she posted this lol,” a second agreed.

Others offered suggestions on how to solve this problem.

“I would say make a new account,” one person suggested.

“Make sure you register another card. If anyone has screen shot your code they can use it in future,” a second offered.

“You can call the Starbucks customer support & explain the situation. Most likely they will give you some or all your stars back,” a third said.

The Daily Dot reached out to Barry via email and TikTok comment, as well as to Starbucks via press email.