Play with Cards Against Humanity, or all on its own.

If you’re a fan of Cards Against Humanity but not a fan of the new President, this is your new go-to party game.

Humanity Hates Trump, which is neither endorsed by Cards Against Humanity or the president himself, is a card game that makes a party out of some of life’s worst candidates. The game works as an expansion pack to Cards Against Humanity, or as its own deck. Humanity Hates Trump uses the man’s own words, making them into even funnier sentences as you play. 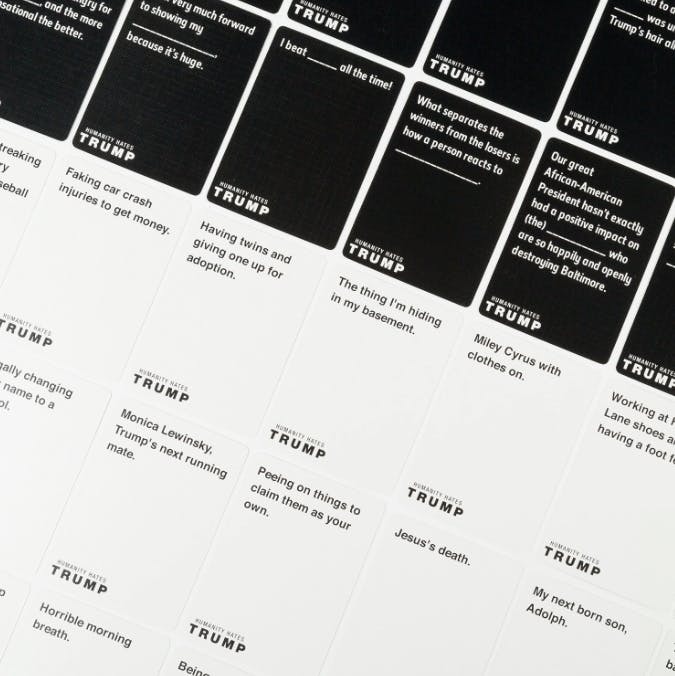