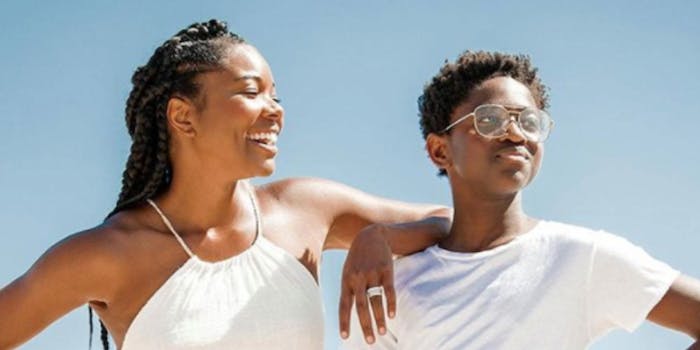 'I misgendered my friend’s child and I am so sorry to Zaya and the entire Wade family.'

Actor Hill Harper is facing backlash after misgendering Zaya Wade, whose pronouns are she/her after recently came out as transgender, in a comment on her mother Gabrielle Union’s Instagram post.

The comment has since been taken down, but many have screenshots of it and were vocal in their opposition.

“Happy Birthday baby!!! I can’t believe you are 13,” Union wrote in a post on Instagram. “When I’m weary, frustrated, full of rage, I see your face and your joy and you living your best life and I want that for all of us. I love you sooooo much kid!”

“Happy Birthday young man!!” he wrote. “Read ‘Letters to a Young Brother’!!! Your mother wrote something in it!! You’ll love it! Have a great day!!”

“F*ck you, Hill Harper. Zaya identifies as female…and nobody wants to read your tired a** book,” Nicole Terrell wrote.

Oscar-winning film director Matthew A. Cherry called the comment a “straight b*tch move,” to which Terrell replied, “With all the violence going on, to add to it…on her birthday…Misgendering trans folks is an act of violence…I’m just floored.”

Not long after, Harper apologized for the comment in a series of tweets.

“I would like to apologize for my post,” he started out. “I am responsible for what gets posted and I made a horrible error. I misgendered my friend’s child and I am so sorry to Zaya and the entire Wade family. It was not my intention to misgender and misrepresent her in any way. I celebrate Zaya.”

Harper goes on to explain that there was no “malicious intent” behind his post and that he was not looking to take away from Zaya’s birthday celebration.

“I extend my heartfelt apology to Zaya, the Wade family.”