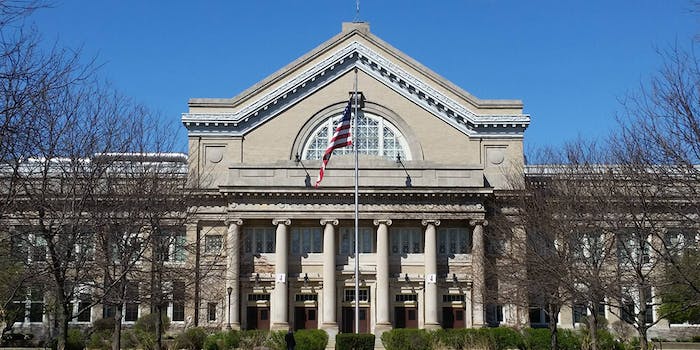 The comment allegedly came after students refused to stand for the national anthem.

Students at Chicago’s Senn High School staged a sit-in on Wednesday after a teacher allegedly told a Hispanic student to “go back your country” because she did not stand during the national anthem.

NBC News reports that the student, 17-year-old Yésica Salazar, said the incident occurred on Jan. 30 during a Hispanic heritage assembly.

Salazar said, “she and some other students stayed seated during the national anthem to protest U.S. immigration policies, anti-immigrant rhetoric and police brutality.”

According to the students, they were explaining the protest to the teacher when he interjected with the racist comment.

A video on Twitter shows Senn High School principal, Mary Beck, telling students she “notified everybody within three hours of receiving the report.”

Students responded to Beck’s comments by shouting, “So why is he still here?”

“It is all time-stamped. I did my job,” Beck said. “I continue to follow through based on the guidelines and policies that we have in place.”

In a letter sent to parents of Senn High School students and shared with the Daily Dot, Beck said the school district had opened an investigation into the incident and made the decision on Thursday “to remove this individual from working in our school.”

The letter also said the school would hold a town hall for students to voice their concerns and provide “cultural training for all staff.”

In a statement, Chicago Public Schools spokesman James Gherardi said, “CPS is committed to fostering learning environments that embrace and support all students and the alleged actions of the teacher in question run counter to our beliefs and priorities as a school district.”