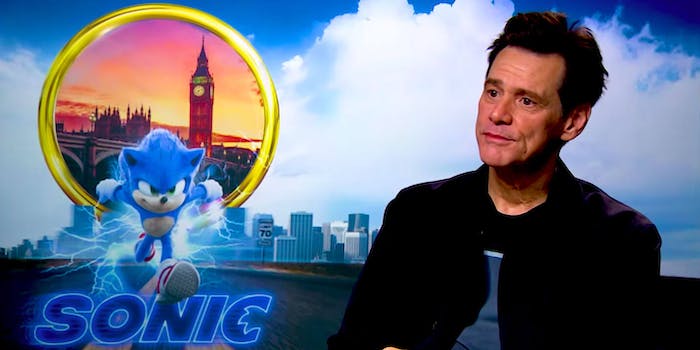 The reporter responded, 'I don't know what to say to that.'

Jim Carrey caught the wrath of the internet Wednesday after a video surfaced of him telling an interviewer she was on his “bucket list,” Page Six reports.

In an interview for Heatworld with Carey, who was promoting the move Sonic the Hedgehog, journalist Charlotte Long recalled that in the movie, Sonic talks about having a bucket list of life goals.

“Just you,” Carrey says in response. “It’s all done now.”

Long then asks Carey, “After all you’ve done in your career, and in your life is there anything still left on your bucket list?”

Long then laughs and smiles in response, saying, “I don’t know what to say to that.”

But online, people had lots to say. Many Twitter users found the comment to be sexist and crass.

The interview continued after the “bucket list” comment, with Carrey and Long talking about his past accomplishments and work ethic.

Others are defending Carrey, saying his statement was misconstrued. Some interpreted Carrey’s response to mean the interview with Long was on his bucket list—not anything sexual.

Bauer Media Group, which manages Heatworld.com, did not immediately respond to the Daily Dot’s request for comment.