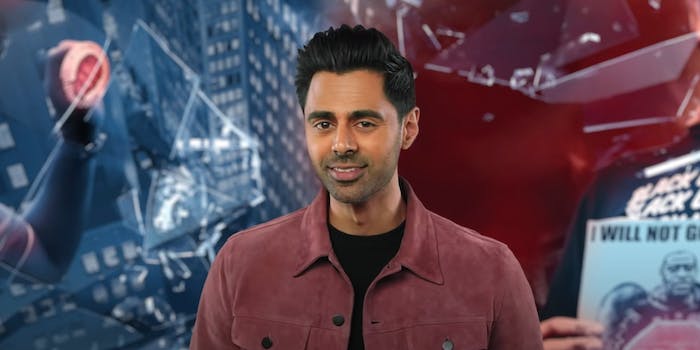 Sangeetha Thanapal is asking why the allegations were largely ignored.

Allegations have resurfaced against comedian Hassan Minhaj from crew members who worked on his now-canceled show Patriot Act and said the culture there was toxic. At the time, some equated the culture to allegations lodged against the culture on Ellen DeGeneres’ talk show.

Sangeetha Thanapal, a Singaporean social commentator and activist, published a report on Medium titled “Are we just not gonna talk about Hasan Minhaj?” The article, posted on Monday, details abuse and harassment that members of Minhaj’s crew said they faced during their time on the show.

Thanapal referenced August tweets by former producers of the show, Sheila Vee Kumar and Nur Nasreen Ibrahim, who alleged being “humiliated and gaslit” and “targeted and ignored” by members of the cast.

In her article, Thanapal detailed alleged harassment faced by the producers and testimony of their colleagues supporting their claims. She quoted tweets by Kumar and Ibrahim; Kumar’s tweets have since been made private.

“I’ve never been more unhappy than when I was working at Patriot Act with Hasan Minhaj,” Kumar wrote in an August tweet, according to a screenshot in the article.

She goes on to say Minhaj’s video for the South Asian American publication the Juggernaut, which she said “reeks of hypocrisy.” (Disclosure: This reporter has contributed to the Juggernaut.)

“My tolerance for this industry is very, very high. I’ve worked at some difficult places,” Kumar wrote in her concluding tweet. “I’ve never experienced a work environment like Patriot Act.”

While it was mainly women of South Asian descent who spoke about their experience, they were backed up by other members from the show.

“It was traumatizing to witness Sheila + Nur, intrepid producers who led some of our top episodes—Amazon, Saudi Arabia, Indian Elections—be silenced, treated unfairly + made to later doubt their own skills in a toxic newsroom,” wrote former Patriot Act producer Amy Zhang in a tweet in August in response to Nasreen.

Thanapal pointed out the hypocrisy of the alleged toxicity of culture on a show hosted by Minhaj, who’s known to drop harsh truth bombs about race relations in America.

“The dissonance between the progressive way these people present themselves and how they actually treat people is THE reason I have stopped going to social justice events or being part of these [communities],” Thanapal wrote.

The Daily Dot has reached out to Minhaj’s team.