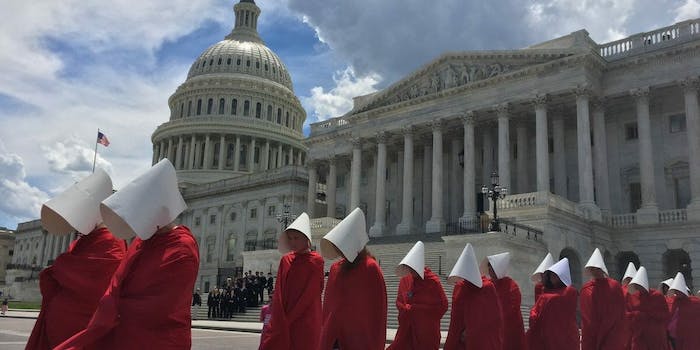 “Slashing Medicaid and blocking millions of women from getting preventive care at Planned Parenthood is beyond heartless. One in five women in this country rely on Planned Parenthood for care. They will not stay silent as politicians vote to take away their care and their rights,” Planned Parenthood president Cecile Richards had previously said in a statement regarding the proposal.

Texas women had previously dressed as handmaids to protest two abortion-related bills in March, and earlier this month women in Ohio did the same to oppose abortion bills in their state, too.

At least the handmaids enjoyed a moment of shade while having to stand in those full-length robes. Praised be.