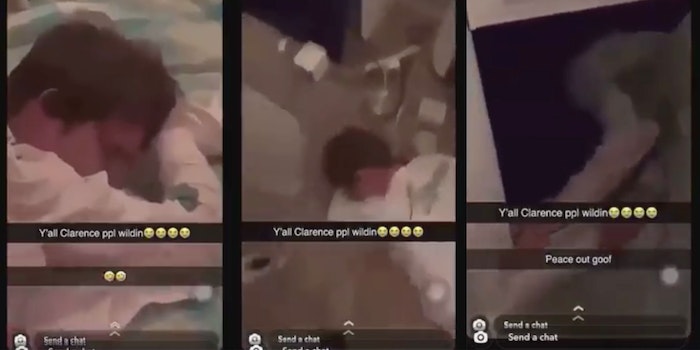 The Erie County Sheriff's Office said the teen was hospitalized and then released.

A New York sheriff’s office is investigating allegations of assault after a Dec. 16 Snapchat video captured a teenage boy being beaten and thrown out of a window, WKBW-TV reports.