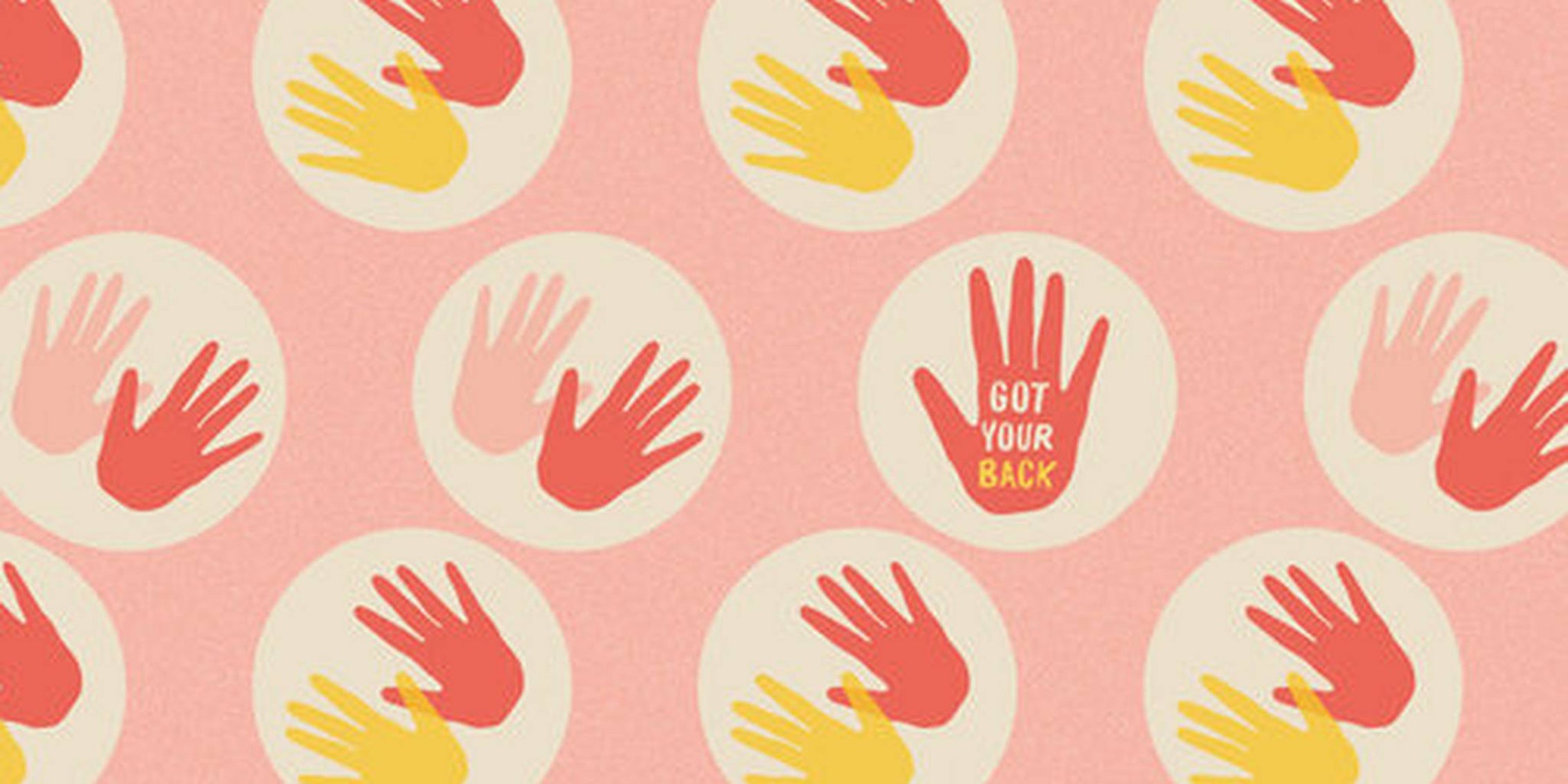 Photo via Jessica Rather/Got Your Back

These two friends are spreading a message of strength.

In the days following the the 2016 election upset, many sought ways to show solidarity and support. From signing petitions to posting on social media, people were eager to be vocal about their support for those who might feel vulnerable when faced with a Donald Trump presidency.

Some, inspired by post-Brexit safety-pin wearers, donned their own symbolic pins, but that gesture was quickly criticized and even co-opted by hate groups, leaving many wondering how they could show support in a difficult time.

Friends and Upright Citizens Brigade Theatre performers Mariola Figueroa and David Joseph Craig turned their own post-election grief into Got Your Back, a simple website where visitors can purchase T-shirts that let loved ones know they are not alone and show support to those who are feeling vulnerable. 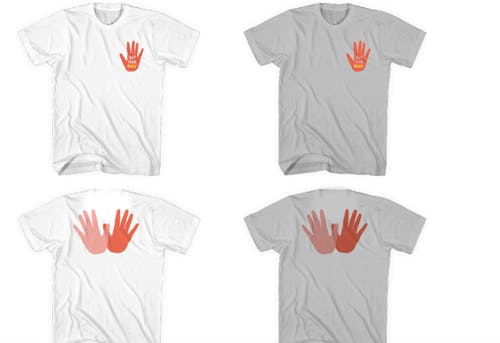 Emblazoned with the words, “Got your back,” and hands illustrated by artist Jessica Rather, the T-shirts send a message of love.

In the spirit of helping others feel less alone, buyers are encouraged to send the shirts as gifts with the hope that the receiver will pay-it-forward and keep the signal of support going. In addition, all proceeds fund smaller but vital charities like Lady Parts Justice and the National Urban League.

The project was inspired by a simple phrase Figueroa and Craig heard often backstage at the theatre while preparing to perform.

@heygotyourback because I got your back

While the phrase is something Figueroa and Craig used frequently, it took on special meaning when the two shared a post-election phone call.

Craig told the Daily Dot, “I was leaving therapy on Wednesday, which was actually a very nice thing to have … after the election that Tuesday, and I had called Mariola back because she wanted to know some positive things my therapist [had shared]. Mariola said, ‘David, I’ve got your back,’ and I just started bawling because of how powerful that message is in our community.” 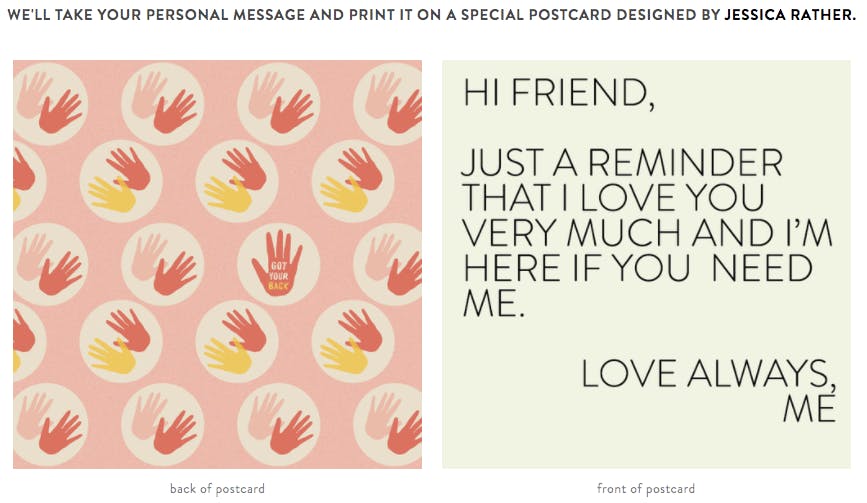 Figueroa added, “I feel like when I say those words, I really, truly mean it. If you’re feeling any anxiety … it really puts everything into perspective that there is another human being there with you. You’re not alone.”

Shortly after their exchange, Figueroa and Craig decided they wanted to channel their emotions into action. They created the T-shirt with two goals. They wanted to let community members know they were not alone, and they wanted to raise funds for smaller charities that offer critical support to society’s most vulnerable members. 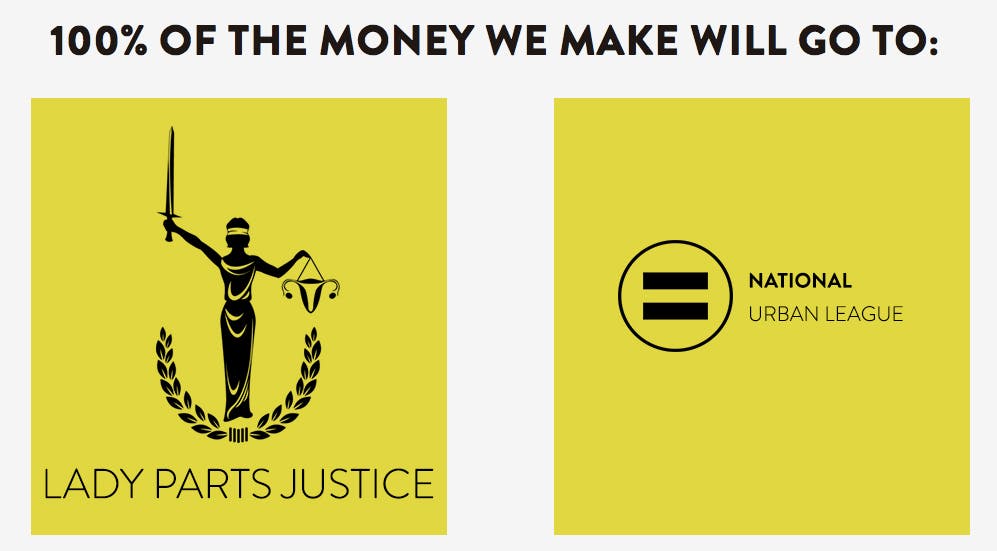 Within days of the conversation, the Got Your Back website was up and running.

Much like performing can feel vulnerable, Craig and Figueroa recognize that the coming years may be filled with many vulnerable moments. Both have experienced harassment in the days since the election. Craig was called a “faggot,” and Figueroa was accosted by a man who targeted her for speaking on her cell phone in Spanish.

Despite these upsetting incidents, they were full of optimism and warmth when speaking to the Daily Dot. Doing the project, they say, has not felt like work. Instead, the experience has been one of healing and coming together. When they reached out to members of the community for help building the project, several were quick to respond, donating their time and talent to create the website and to tie practical loose ends.

Ultimately, the duo agreed that, if anything, the project has made them feel stronger.

Said Craig, “The actual message of Got Your Back is strength. When you’re on stage [doing improv] and you have seven other team members that do that with each other it creates a strong feeling of loyalty and honor. We need love and compassion and hope but [we also need] strength.”

You can purchase T-shirts from the Got Your Back website.