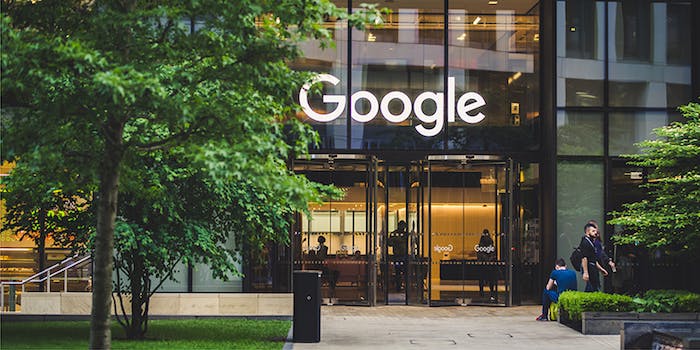 Employees are rallying around a woman speaking out through memes.

A Google employee wrote a six-page memo accusing the company of retaliating and discriminating against her and other women for being pregnant, according to Motherboard.

The memo, titled “I’m Not Returning to Google After Maternity Leave, and Here is Why,” has been read by over 10,000 Google employees since being posted to an internal message board meant for new and expecting mothers last week. Employees began creating memes in support of the woman they dubbed “Memegen” after the memo was shared to other in-house message boards.

The woman reported her manager to human resources due to discriminatory remarks about a fellow employee.

“At one point after my promotion, my director/manager started making inappropriate comments about a member of my team, including that the Googler was likely pregnant again and was overly emotional and hard to work with when pregnant,” the memo states.

She was told that her manager would be informed of the concerns, and “not to worry” because of Google’s protections against retaliation.

“I endured months of angry chats and emails, vetoed projects, her ignoring me during in-person encounters, and public shaming,” the woman wrote.

The memo’s author dealt with pregnancy complications that could have proven fatal to both herself and her baby. The woman spoke with her manager about early maternity leave but was ultimately told to tough it out. Her manager then told her that her job would no longer be guaranteed upon returning from maternity leave.

“During one conversation with my new manager in which I reiterated an early leave and upcoming bedrest, she told me that she had just listened to an NPR segment that debunked the benefits of bedrest,” she wrote.

i hope the irony that a pregnant google employee was told by her manager to go against the advice of her doctor, because the doctor was wrong according to the manager's online research, is not lost on anyone https://t.co/kzBpic81AK pic.twitter.com/Vc8pZIjvC2

Google has a history of alleged discrimination. In 2017, the company was accused of gender wage discrimination by the U.S. Department of Labor. That same year it was accused of racial discrimination. In November of 2018, employees staged a worldwide walkout after Google gave multimillion-dollar exit packages to male executives accused of sexual misconduct. Demonstration organizers demanded “an end to the sexual harassment, discrimination, and the systemic racism that fuel this destructive culture” in an essay at the time.
Motherboard has verified both the memo’s authenticity and it having been read by 10,000 employees within the company. Motherboard posted the memo with the accused names redacted as each individual claim has not yet been verified. Google declined to answer Motherboard’s questions and sent a statement instead.
READ MORE:
Got five minutes? We’d love to hear from you. Help shape our journalism and be entered to win an Amazon gift card by filling out our 2019 reader survey.
H/T Motherboard
Share this article