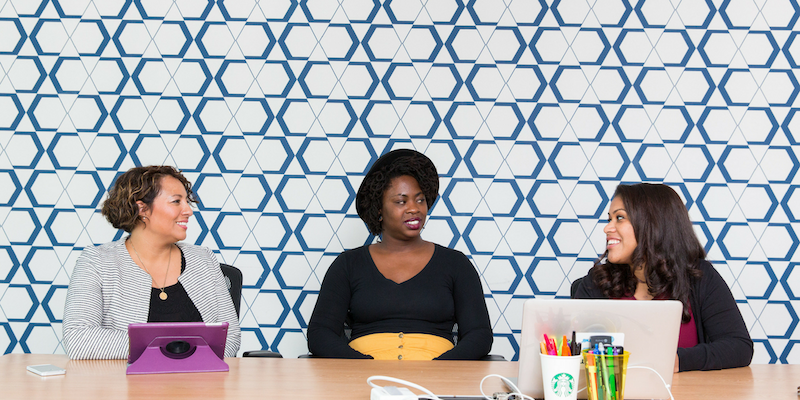 Several former female Google employees have come forward to allege that the company’s overwhelmingly white, male culture hindered their inclusion while working for the company. Their stories, shared with the Guardian, come after the controversial Google diversity memo published last week in which its author, a now former employee, criticized affirmative action diversity policies, and argued women are biologically predisposed to being less qualified for tech jobs.

According to the piece published Friday, the three women of color all experienced both racial and gender discrimination during their time at the company. One Asian-American former technical specialist, Qichen Zhang, recalled a white male coworker joking that she landed the job because hiring managers assumed she was good at math for being Asian.

Zhang didn’t see many other women like her and alleged that while Google appeared to be a meritocracy, she felt “disposable” and unappreciated, facing microaggressions, like being excluded from a discussion in a meeting of only white male engineers.

Lakshmi Parthasarathy, who began as a specialist and was promoted to technical solutions engineer, noted her lack of female managers and mentors, saying she rarely met women in technical positions over the age of 30, and much of the time she found herself to be the only woman in the room. While she felt supported, and noted Google’s resources, she longed for transparency in promotions in salaries, and felt the “boys’ club” culture of “guys promoting guys” at the company.

“It’s difficult for women to see paths for themselves at Google or in tech,” Parthasarathy said.

An anonymous Black woman who worked as a specialist and spent some time on the hiring committee said she was the only Black woman on her team, and found that employees would frequently ask to see her identification on the Google campus, but didn’t see the same of her non-Black colleagues. She’d overhear racist jokes, would sometimes find herself crying at her desk, and her own diversity efforts were criticized, as if she wasn’t allowed to speak up and had to compromise her values.

Yolanda Mangolini, Google’s director of global diversity, expressed disappointment in these claims, but pointed to Google’s resource groups for people of color. Mangolini declined to address the Department of Labor’s claims that women at the company are paid less than men, as well as the anti-diversity memo.

“It saddened me personally when I read it, because I knew the impact of those words on the technical women … [whose] skills are always questioned,” Mangolini said about the memo. “My heart sort of broke for them.”

Read the full report from the Guardian here.