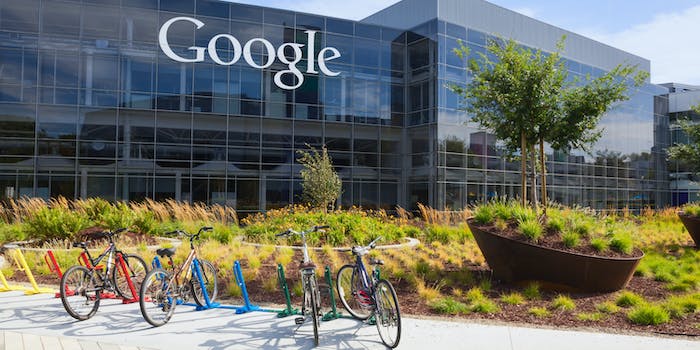 The company will pay out a combined $24 million for both class action suits.

The first case, which began all the way back in 2015, eventually led to claims from 227 people that Google did not hire them due to their age. The class-action lawsuit’s lead plaintiff, Cheryl Fillekes, even said that her interviewer asked her to put the date of her college graduation on her resumé so the company could determine her age.

Google agreed to settle the case Tuesday and assuming the settlement is approved by a judge, the company will pay out $11 million to the plaintiffs. Lawyers leading the lawsuit will be given $2.75 million while the more than 200 plaintiffs will receive roughly $35,000 each. Fillekes will be given an additional $10,000 as well.

The tech company also pledged to provide additional training on age discrimination to any employees involved in the hiring process.

But that wasn’t the only lawsuit Google settled this week. On Monday, the company addressed a suit stemming all the way back to 2010 involving its Street View vehicles. The cars, which photograph city streets for Google Maps, were found to be sucking up private information from consumers’ unsecured wireless networks.

Although Google initially called the incident a “mistake,” it was later learned thanks to court documents that Google engineers actually built the feature into its Street View cars.

Google agreed to pay 22 plaintiffs $13 million to settle the class-action lawsuit, destroy any private data still held by the Street View program, and discontinue any data collection unless consent is obtained. The company will also create educational information for users on how to protect their wireless data.

The case is raising eyebrows, however, due to the fact that Google already settled a similar case in 2013. In that case, Google agreed to pay $7 million after 38 states demanded answers regarding why Street View vehicles were gathering private data. Google vowed at the time to stop the practice and delete any data it had gathered as well.

Speaking with CNN Business, Marc Rotenberg, president of the Electronic Privacy Information Center, said it remains unclear why the latest lawsuit orders Google to do what it already promised to in 2013.

“It is very strange that six years after Google agreed to end this practice and made public service announcements, it’s once again agreeing to do what others had assumed they already had,” Rotenberg said.