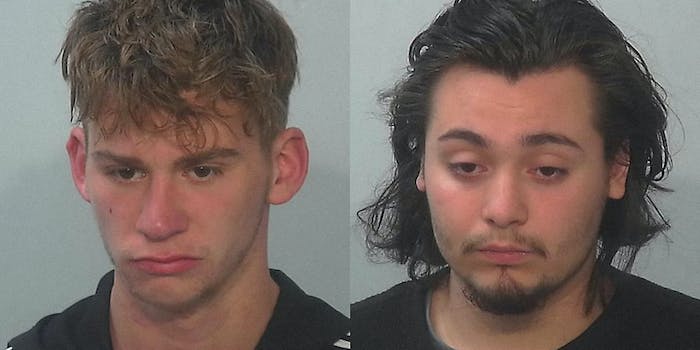 Three men were arrested in relation to the killing.

The family members of an Asian American man brutally killed by three men in Indiana have raised more than $200,000 in a day, far exceeding their initial $20,000 target.

Shane Nguyen was reported missing on Friday, and his family and a local bishop helped put out a statewide Silver Alert, according to the GoFundMe description. His body was found in trash bags, dismembered, inside his own van that his murderers were driving on Sunday.

Cramer reportedly told police that he asked Nguyen for a ride from Elkhart, Indiana to Fort Wayne, Indiana, about a 2-hour drive. He said the killing was premeditated.

On Wednesday, Nguyen’s cousin Tran Hoang started the GoFundMe fundraiser with the hope of raising $20,000.

According to the description, Nguyen was a small business owner and the sole breadwinner of the family. He had a wife and two sons, a 20-year-old and 17-year-old.

“His family is devastated by this tragedy and are struggling to piece their lives together amidst the investigations and preparations for the funeral,” Hoang wrote.

The funds have been pouring in for the family at a time when America has seen an uptick in violent anti-Asian attacks, many of which targeted elderly Asian Americans.

Many called for Nguyen’s killing to be investigated as a hate crime while also criticizing a lack of media coverage about his killing.

Author Min Jin Lee said the details of the situation should compel investigators to consider it a hate crime.

“A person’s motive is always complex. Whenever a person is harmed, let’s consider if a person can be separated from his/her/their race, gender, sexuality, disability, ethnicity, religion, class, and citizenship status,” Lee wrote in a follow-up tweet. “The law must consider intersectionality. Complete the profile.”

Columnist Jeff Yang said that just because the incident is not being investigated as bias-motivated doesn’t mean race didn’t play a role.

“Racism isn’t something that is isolated to an act or a statement,” Yang wrote in a follow-up tweet. “It’s an immersive reality that alters more of our choices than we can count, in small and big ways. Racially motivated perceptions can make people of color more vulnerable even if the association isn’t explicit.”

The Daily Dot reached out to the Fort Wayne Police Department.