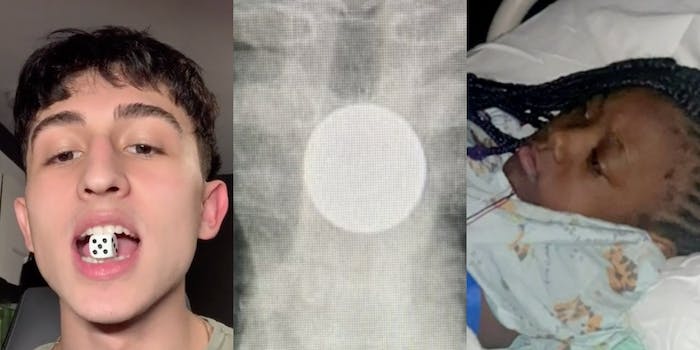 An 8-year-old girl in Roseville, Michigan, was hospitalized after a mishap in trying to imitate a magic trick she saw on TikTok.

WDIV reported that “doctors said they had never seen anything like it.” The girl, identified as Dhakota, was brought in by her parents after swallowing a quarter.

The TikTok video, made by @gregsabbak, showed a magic trick that involved playing with die. He was pretending to swallow the dice, and after five seconds, it reappeared.

When she couldn’t find one, she used a quarter instead.

“She said she couldn’t swallow,” her father remembered. “She couldn’t breathe hardly, and that’s when me and her mother started to panic.”

Her father said the ordeal at home only lasted a few minutes, but soon Dhakota struggled to breathe while explaining what happened.

Her parents hurried her into two different hospitals before a doctor was able to see her.

“[The second hospital] immediately took her back,” he said. “I didn’t know how bad the situation was until they brought the x-ray back and I saw the quarter right there in her esophagus. It killed me, man.”

Doctors performed an emergency procedure, and the little girl was experiencing soreness but was OK following the brief operation.

Her father, however, has a word for parents: “This could happen to any child. Everybody in the city, anybody in the world, they should delete that off their kid’s phone or their tablet because it’s dangerous, man. I could’ve lost my kid.”