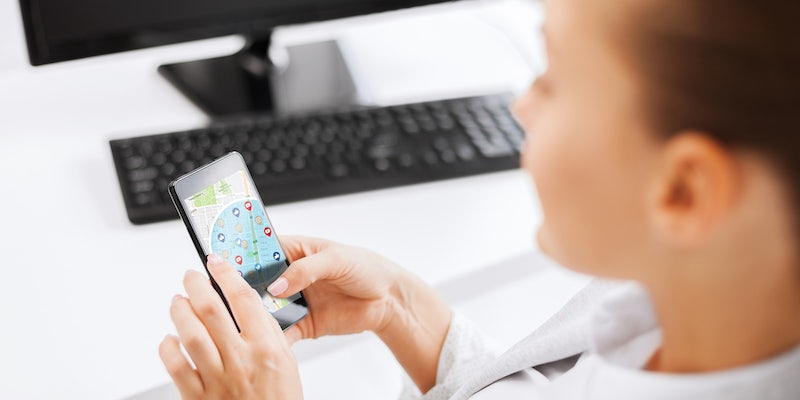 High school students in Illinois were monitored for a year using Geofeedia's platform.

An online surveillance tool that enabled hundreds of U.S. law enforcement agencies to track and collect information on social media users was also marketed for use in American public schools, the Daily Dot has learned.

Geofeedia sold surveillance software typically bought by police to a high school in a northern Chicago suburb, less than 50 miles from where the company was founded in 2011. An Illinois school official confirmed the purchase of the software by phone on Monday.

In the fall of 2014, the Lincolnshire-Prairie School District paid Geofeedia $10,000 to monitor the social media posts of children at Adlai E. Stevenson High School.

“We did have for one year a contract with Geofeedia,” said Jim Conrey, a spokesperson for Lincolnshire-Prairie School District. “We were mostly interested in the possibility of trying to prevent any kind of harm, either that students would do to themselves or to other students.”

Conrey said the district simply wanted to keep its students safe. “It was really just about student safety; if we could try to head off any potential dangerous situations, we thought it might be worth it,” he said.

Ultimately, the school found little use for the platform, which was operated by police liaison stationed on school grounds, and chose not to renew its subscription after the first year, citing cost and a lack of actionable information. “A lot of kids that were posting stuff that we most wanted, they weren’t doing the geo-tagging or making it public,” Conrey said. “We weren’t really seeing a lot there.”

“It was really just about student safety.”

The school’s experience, added Conrey, was that more often than not students would approach school administrators with sensitive issues, as opposed to the school unearthing problems affecting students using Geofeedia. “Quite frankly, we found that it wasn’t worth the money,” Conrey said.

Geofeedia did not immediately respond to a request for comment. It is not clear how many other schools may have purchased Geofeedia’s software.

Outwardly presenting its product as a tool for location-based marketing—and counting among its clients companies such as Dell and CNN—Geofeedia derives a significant portion of its revenue from U.S. law enforcement and intelligence agencies. More than 500 police departments reportedly use Geofeedia, which received an investment this year from the Central Intelligence Agency’s venture capital arm.

Three of Geofeedia’s top sources for data—Instagram, Facebook, and Twitter—recently suspended its developer access to user posts, allegedly rendering its platform worthless for the time being. In statements to the Daily Dot, the three companies cited Geofeedia’s unauthorized use of their data. In February, Twitter instituted new policies designed to safeguard against surveillance targeting its users.

The decision to cut the company’s access to data also followed reports that Geofeedia was used by five police departments in Maryland to monitor and store citizens’ public social media posts. According to the Baltimore Sun, police once utilized Geofeedia’s surveillance software to intercept “chatter from a local high school about kids who planned to walk out of class” and join a protest in the wake of a police shooting.

Police records reviewed by the American Civil Liberties Union (ACLU) show that officers in Northern California have used Geofeedia to collect information on citizens who used the hashtags “#BlackLivesMatter” and “#PoliceBrutality.” Police records reviewed by the Daily Dot showed a police officer in Sacramento saying his department was “recording the whole city 24/7” with Geofeedia.

The Daily Dot also reported exclusively last month that the Denver Police Department paid Geofeedia $30,000 in confiscated funds for access to its software. In doing so, according to ACLU of Colorado, police may have violated a long-standing agreement regulating how and when Denver P.D. is allowed to conduct surveillance, which was instituted in 2003 after police were caught amassing secret files on residents.

“Discovering that Geofeedia was not only being used by social media sites to help police spy on activists of color was disturbing enough,” said Malkia Cyril, executive director of the Center for Media Justice. “But then to find out this third-party vendor is also helping to police public school students is beyond disturbing, it’s a terrifying bypass of the most basic rights of some of the most vulnerable, and most dissident, voices in the country: activists of color and students.”

In response to the bad press, Geofeedia has touted its software’s use during the Boston Marathon bombing and, more recently, during recovery efforts in the wake of Hurricane Matthew. In an online statement, the company asserted its commitment to “the principles of personal privacy, transparency, and both the letter and spirit of the law when it comes to individual rights.”

Dozens of internal police emails reviewed by the Daily Dot, however, show that Geofeedia has actively worked with law enforcement to subvert the privacy controls offered users by companies like Facebook. In late 2014, around the time it began servicing Stevenson High School, Geofeedia released a feature that enabled police to integrate undercover accounts.

According to a source familiar with the program’s operation, police often target persons of interest using fake Facebook accounts with the goal of gaining access to the target’s private posts.

The fake accounts might depict images of attractive women, or in some cases, a person known by the target. If the ruse is successful, the source said, the fake account could be used by Geofeedia to amass a wealth of data on the target’s prior activities. Analysis might also be run to determine which “friends” a target most often engages with.

These capabilities and others—which are also currently available through Geofeedia competitors whose access to Twitter and Facebook user data has yet to be severed—reportedly won the startup a round of funding this year from In-Q-Tel, the investment arm of the CIA, according to documents published the Intercept.