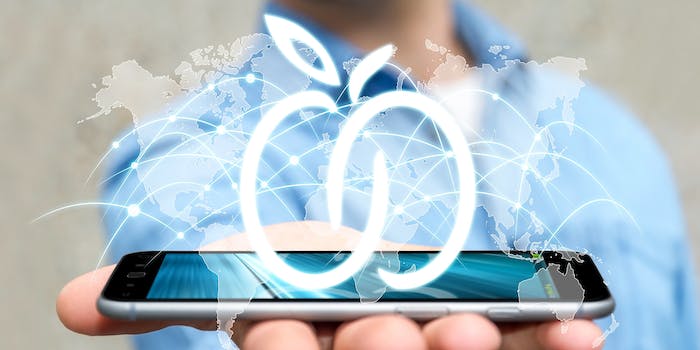 Genderis is pooling trans-friendly health and legal professionals, so you don't have to.

When searching for things like a therapist or legal assistance, you have to ask yourself a lot of questions. What will it cost? Do they take my insurance? Will I get along with them? But for many transgender and gender non-binary people, there’s an extra question: Will they discriminate against me?

Because of this, trans people have often relied on personal recommendations when seeking services. However, such word-of-mouth information is only available to those already in contact with other trans people or allies.

Over the past few years, a few apps have been created that aim to connect trans people with trans-friendly doctors, therapists, and other services. Now, Kris Marquis, a trans woman working in tech software in the Bay Area, is attempting to create the most comprehensive one of all, Genderis.

According to Marquis, Genderis will “provide people with a modern directory of the right doctors, therapists, estheticians, a full suite of services and professionals who are compassionate and trans-friendly.” Marquis plans to launch Genderis in December.

So, how does one go about building a database like that? The Daily Dot spoke with Marquis about her mission, her experiences, and why she thinks science will end taboos against trans people for good.

[Edited for length and clarity.]

Before the Internet, or before apps like yours, what were the options for trans or gender non-binary people trying to find things like health services?

Kris Marquis: If I look at my own experience, there weren’t many options at all. I struggled with feelings and emotions and questions, and I knew there were certain things that were considered taboo that I couldn’t do as a child, or even as a teen. But there was no real reference to anything, at least for myself growing up in Texas, where there’s religion on every corner. It’s quite a different story there.

The first time I ever saw anything about the transgender topic, I was 8 and watching PBS. It showed a lady having reassignment surgery at Johns Hopkins University. It wasn’t until I bought my first PC after getting out of the military, around 1999, that I started actively researching things. And even then, it was quite challenging. There were a lot of people who had their own sites out there, and they’d have references to other people’s sites they may have used, but those links would fall through. Of course, there were sites that had gay and lesbian resources because that was more front and center. But there was pretty much no availability [for trans people]. 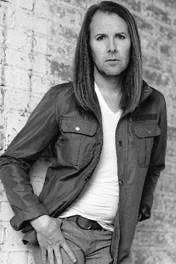 I moved to the Bay Area a few years ago—it’s quite different in the Bay Area. People who are out here live in a bit of a bubble, so they don’t understand the challenges that exist outside of here. Though, when I first came here and started to look at counseling, I still ran into challenges with finding the right resources. They were totally booked and had no availability, and they couldn’t give any referrals to people who had that expertise.

What sorts of resources were you looking for?

What I’ve heard in speaking to a lot of other people is that it’s gotten a little bit better over time. What I’ve seen, and what stimulated the idea and vision behind Genderis, is that the information around the resources—healthcare, legal, everything—is fragmented. It’s not put together in an economy of scale process. That’s what I’m trying to achieve.

Because it seems like it’s not just that there are fewer resources—for a lot of people, it’s also dangerous to be out as trans. Asking a doctor about hormone therapy could result in violence.

There’s a study from one of the advocacy groups [NCTE] that found there’s a 41 percent attempted suicide rate among known trans people. In my personal experience, when you go to a health care provider, you expect them to be professional and treat you with dignity, and when you don’t receive that, that’s a problem. And that further contributes to the isolation and depression that more and more trans people feel. That is definitely part of the process [of making the app]: To vet, to the best of our abilities, providers that do in fact treat transgender patients, but also have an understanding staff that treat all people with dignity and respect.

Why do you think so many providers have these biases and do such harm?

So much comes from lack of understanding, lack of knowing how to approach the subject, or how to talk to people. Maybe people come to the table with preconceived notions about others? It varies from person to person.

In my own experience, they’ll ask questions that are unbelievable. When I first moved to the Bay Area, I went to the Palo Alto medical foundation, and I had a doctor ask me if I was gay and having sex with men. And I was like, are you kidding me? Just because I told you I’m on hormones? Where does this come into the conversation? Sexual identity doesn’t have anything to do with gender identity. It was like he already had this preconceived idea about me and written me off.

One of the objectives of Genderis is to try to drive a more profound base of providers who see there is a huge amount of people who need these services. And by understanding the demographic, it will drive the need for education and more understanding about this community that is really marginalized.

How do you find providers? And where are you in the process of building the app?

There are doctors and therapists who are self-declared and surgeons who do facial feminization surgery, so some are very well-known. But a lot of times we don’t know. When it comes to an esthetician, a clinic that does laser hair removal or electrolysis, we’re looking at state information (within each state, there’s a database of registered estheticians). Anyone who provides a service that involves cutting hair, nail care, doing any kind of skin treatment has go to through this registry.

At this point, we’re looking at a lot of data from each state and national registry boards where medical providers have to register. So we’re taking a big swag of information, and from there, we’re able to filter out who, in fact, are the people who do provide to transgender clients. It will be a process. At first, we probably won’t have as strong a set of data, but over time that database will grow and yield more precise information.

The initial planned scope of the application and its features are 95 percent complete, with some minor alterations. The data aggregation, matching, and vetting is a much lengthier and more intensive process than the application itself. An initial pilot will launch as early as December for San Francisco/Bay Area zip codes. From there, we will expand to the rest of California as we refine the data and application performance, then progress nationally. The objective is to have an initial data set completely loaded and validated by mid-2017 that encompasses a large set of providers across the spectrum of transgender needs.

The end goal, though, seems to be that eventually these taboos won’t exist anymore and all providers will treat everyone with the same knowledge and care. So, eventually, something like Genderis won’t have to exist.

I’ve thought about that before, but I think it’s still going to be quite a while until we get to that point, not only as a nation but—part of the roadmap is to take this internationally, and into other countries where they aren’t as progressive as the U.S. So, in the lifetime of the app, there’s still a road ahead to develop and deliver services to people who are in need.

But speaking more about the vision of Genderis, one of the challenges is some statistics cite that there are 700,000 trans people in the U.S. And others cite that there are 1.4 million people in the U.S. who are trans, with the assumption that there are a lot of undeclared people. There are also studies out there done by Lynne Conway where 5–10 percent of any population struggles with gender identity. That doesn’t mean all those people would make changes to their life, but that means they struggle and just haven’t figured things out yet. There’s an unknown demographic out there, and the framework of Genderis is providing common data that most people going through this process need.

It’s not just therapists and doctors we’re providing; it’s legal resources, and talking about local laws that are in place. And it gives people a view of international law; there are countries where you could be jailed. So we’re trying to give people that context relevant to living androgynously or gender fluidly.

Where do you hope Genderis goes?

You know, there are a couple other sites that are doing similar things, but not with the same scope. If we get the funding we need [Marquis has been funding the app herself to launch the Bay Area pilot], we can keep adding to things. There’s a lot I want to do around answering the question of why gender identity is a thing. My whole life I’ve been asking therapists, “Why am I like this? What’s made me like this?” There’s headway and research that’s been made about where this all comes from. But from my perspective, I want to leverage the user base and the data to find patterns and assess those patterns, and to see if there’s commonality, and where the indicators are throughout our lives that could possibly contribute to this, and to understand where this comes from.

I know a lot of people have argued that, basically, it doesn’t matter why someone is trans, all that matters is that they are and they should be treated equally for it. Why is the question of “Why am I like this?” important to you? Do you believe that, if we know the biological roots of gender identity differences, trans people will be treated better?

I don’t think there is a simple response. From a macro-historical perspective, it’s easy to say, “Yes, this is who I am and I’m going to be unapologetic about it.” However, not everyone operates under logic and fairness nor has a futurist view based on history.

As a result, there exists a continuity around lack of services, in addition to large rates of suicide by transgender people. This is, in my belief, the result and manifestation of negative taboos and laws, or lack thereof, that allow for continued marginalization, discrimination, and socially isolating practices.

Eliminating myths and folklore around transgender people can be accomplished more effectively by delivering a more definitive understanding. To develop that understanding, we need to look at data across large, dispersed markets, then we can discover patterns that lead to social and biological roots.

Personally, this question of “why?” is important for multiple reasons. I did not ask to go through this in life, but here I am, facing what has been an intensely challenging experience. I have always worked hard since I was young, have always excelled in most everything. But then to see people within my own life who have known me for a very long time and have known my success, pull away from me once I revealed more of myself, asking questions based around the taboos that still surround this topic—it becomes obvious where much of the problem with progress lies.